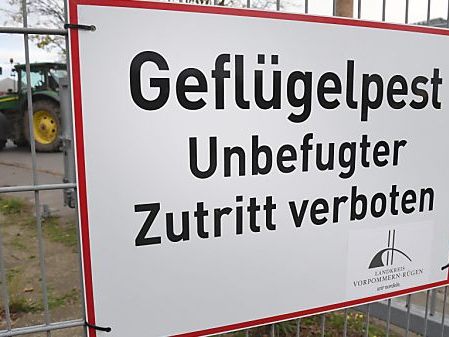 According to the authorities, the H5N8 bird flu virus was transmitted to humans for the first time in Russia.

The  World Health Organization (WHO) had already been informed, said the head of the Russian health authority, Anna Popova, on Saturday. Scientists from the Vektor laboratory had detected the virus in seven people in a poultry factory in southern Russia, where the bird flu had developed in animals in December.

So far, no serious health consequences

The y would not have suffered any serious health consequences. Popova praised “the important scientific discovery”. Time will tell whether the virus will continue to mutate. Since the virus is apparently not yet being transmitted from person to person, this gives “the whole world time to prepare for possible mutations and to react appropriately and in good time”.

The  Vektor laboratory is ready to begin developing test kits to detect infections in humans, said laboratory boss Rinat Maxjutov in a televised speech. In addition, the laboratory will start work on a vaccine. During the Soviet era, biological weapons were developed in the Vector laboratory in the Novosibirsk region. Today the laboratory is behind one of the three corona vaccines approved in Russia.

The  H5N8 virus is highly contagious and usually fatal to birds. Infested stocks of farm animal poultry must be completely killed and elaborately removed. A danger to humans has not yet been assumed.

Avian influenza was first observed in Italy in 1878.

The  pathogens occur worldwide, reports AGES. In Austria, an increasing number of wild birds found dead have been examined at the AGES national reference laboratory in recent weeks: On February 4, 2021, a swan found dead in Lower Austria (Klosterneuburg) was diagnosed with the highly pathogenic avian influenza virus (HPAI, serotype H5N8). Further cases were confirmed on February 10: a swan in Vienna (H5N8) and two swans in southern Styria (H5N5).

FIFA 21: EA Releases Next Wave of Icon Swaps in Ultimate...