On Tuesday night it was a rumor that his team denied. This morning it became a sad certainty: MotoGP team principal Fausto Gresini died of his COVID-19 illness at the age of 60.  The  Formula 1 community also mourns their two-wheeler colleagues.

We are slowly coming to other topics of the day, but still remain in the Red Bull universe:

The  Red Bull Ring in Spielberg has a new managing director, the ‘Kleine Zeitung’ reports today. According to the report, the 71-year-old Erich Wolf, former officer in the Austrian Armed Forces and confidante of Red Bull boss Dietrich Mateschitz, will take over the management of the race track in Styria. Before that he was manager of the “Air Race”.

More details in our photo gallery!

You can now study further details of the RB16B in our gallery. In the meantime we have uploaded some detailed images. Please click your way through!

You can also read in our launch report what we can expect from the top team in 2021!

The  sponsorship deal with Aston Martin expired last year. As is well known, the luxury brand will start as a separate team this year. Engine partner Honda is now represented on the rear wing of Red Bull.

In this view you can also see the new, simpler sub-floor. 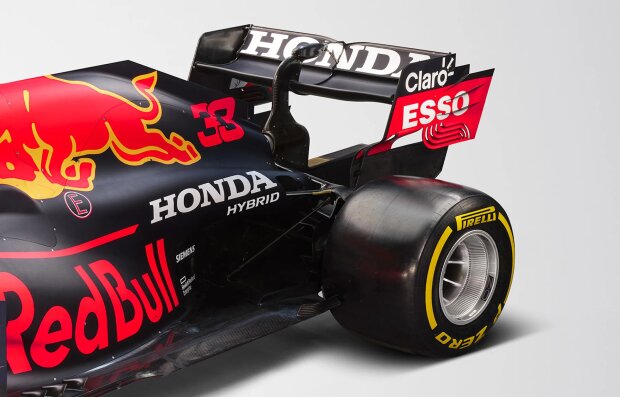 What do Verstappen & Perez say about the RB16B?

We can’t answer that yet. Red Bull decided to make the presentation of the car as simple as possible and initially only published videos and photos. We expect more votes in the course of the day, at least from newcomer Sergio Perez.

Which philosophy will be successful?

It was already clear before the presentation that the RB16B is very similar to its predecessor. It is not without reason that the new car is not called the RB17 (see article below). In addition, Red Bull followed a different philosophy last year than Mercedes, for example.

While the Silver Arrows already focused on 2021 in the middle of the season, Red Bull continued to develop until the end of the year – the transition to the new year is therefore more fluid and the differences to the previous year are therefore less recognizable.

Where are the big changes?

After looking at the pictures of the RB16B for the first time, we have to realize: Not that easy to determine changes compared to the predecessor. What is striking, however, is that the team has largely stuck to the good basic concept of the RB16 (also due to the regulations).

The  underbody in front of the rear wheels has been adapted to the rule changes.

The  side pods also have a slightly different shape. Many aerodynamic elements have been changed slightly, but there is still no major visual change.

The  first pictures of the RB16B

And here we deliver the first pictures of the new car from Milton Keynes. Unfortunately the team only released two studio recordings. But we’re going to study them right now.

One thing is certain: there is no shakedown paint job.

The  bolide comes in the usual colors of blue, yellow and red.

May we introduce: the new Red Bull!

Red Bull publishes the first pictures of the new car at exactly 12 noon. May we introduce: This is the RB16B from Max Verstappen and Sergio Perez!

Official: it starts at 12 noon!

Red Bull has now officially confirmed that we will see the new car in around ten minutes.

Rumors are already circulating online today that Red Bull could show off a shakedown livery. A reference to this could be found on the Red Bull website: A shakedown merch has recently been offered there. Shirts, caps and much more are in the colors dark blue, turquoise and red. Let us surprise!

What if Honda doesn’t build a good engine?

And he adds: “Red Bull probably thinks the Freeze is a great thing. Only when it turns out that the Honda engine is bad will they cry again. What if Honda doesn’t make a good engine for next year ? “Asks Albers in the podcast.

And he gives the answer himself: “

The n Red Bull will have a serious problem because the engines will not be allowed to develop further until 2025.”

Criticism of Red Bull comes from the home of superstar Max Verstappen today: Ex-Formula 1 driver and team boss Christijan Albers spoke in the podcast of ‘De Telegraaf’ about the top team’s threats to leave. If the engine freeze had not been accepted, Red Bull would have had to “drastically rethink” the Formula 1 project, stressed Helmut Marko a few weeks ago.

Many competitors took this as a threat. Albers sees considerable weaknesses in the team’s communication. “Everything about this team has to be cool, eccentric and flashy. But if you look at them from a distance, they’re super disorganized. Nothing against Max Verstappen, but other teams have a lot more professionalism in terms of communication.”

Today Sergio Perez will unveil his first Red Bull, having made his first guest appearance in Milton Keynes a few weeks ago. You can see what he experienced in this video!

How great was the risk of an exit from Red Bull?

What would have happened if the Formula 1 Commission had voted against the engine freeze and the Red Bull project with Honda could therefore not have been implemented? This is of course a very hypothetical question with many subjunctive, but interesting to know how close the premier league is to an exit from Red Bull.

“It’s always difficult to quantify because of course we have to keep agreements, but let’s put it this way, our appetite would have been severely reduced. Red Bull is almost too established to be a pure customer team,” said Horner. With the new Honda deal, an exit is off the table anyway.

Will Red Bull develop its own engines in the future?

The  team can also imagine that. “We have the infrastructure to design and maintain the new generation of engines,” says Horner, referring to the planned conversions in Milton Keynes. “We will have a factory in which we can build the engines and test them on test benches with all the relevant equipment.”

In addition, the formula for the new engines will not differ dramatically from the current power units from 2025, the Briton believes. It’ll be more of an evolution. “

The refore the facility that we are currently building for the current engines will also be relevant for the future engines.”

Biontech vaccine stable even at lower minus temperatures

Elon Musk: Tesla boss on German cars and the future of...

FFP masks: From tomorrow, millions will be entitled to masks –...

“The time wasn’t right”: How many restarts can Zverev handle? EMA on corona vaccine: Doubts about postponing the second dose

Government crisis in Israel: Parliament votes for its own dissolution