Interesting facts from the world of athletics.

Laura Lindemann thanks for the DM start

Great gesture on the fringes of the indoor championship in Dortmund: World-class triathlete Laura Lindemann (SC Potsdam) thanked DLV General Director Idriss Gonschinska by email for her start in the title fights. Among other things, she wrote: “I wanted to thank you for your support that I was able to start at DM today. In any case, it was definitely not just an excursion into athletics – I really enjoy it and I really want to get even faster.  The  race was very important to us – especially because I now have confirmation that my training is headed for Tokyo. I would really like to start at the European Indoor Championships, but unfortunately it doesn’t fit. I hope you understand a little. As I said, thank you very much and see you soon. ”Lindemann recently had only a few opportunities to start and was therefore very happy about the DM approval, where she landed in second place over 3,000 meters behind Hanna Klein (LAV Stadtwerke Tübingen) with indoor European championship norm . A nice example of the cooperation between Triathlon Union and DLV.

It was actually supposed to be the elimination for the Winter Throw European Cup – but the beginning of February was postponed.

The  German discus throwers got into the ring as part of an officially measured performance diagnostics on Monday in Kienbaum and showed that they are on a very good path towards Tokyo. Especially the Olympic third from Rio Daniel Jasinski (TV Wattenscheid 01) could shine with 65.21 meters. It was his best winter litter result and his best result in almost three years. Behind them, the German champion Clemens Prüfer (SC Potsdam; 63.77 m) and the World Cup participants David Wrobel (62.89 m) and Martin Wierig (SC Magdeburg; 61.89 m) also got good throws. Korbinian Häßler won the U23 (LV 90 Erzgebirge; 58.18 m).

Pole vault world champion Anzhelika Sidorova (Russia) is in top shape. She proved that once more at a weekend meeting in Moscow (Russia) when, with 4.90 meters, she not only secured victory, but also the lead in the world’s best list of the year. In the men’s category, her compatriot, second in the European Championship, Timur Morgunov, won with 5.65 meters. eme / aj

European indoor champion Gianmarco Tamberi secured the title in the high jump at the Italian Indoor Championships at the weekend and jumped over 2.35 meters for the first time five years after his serious foot injury. He also sat at the top of the world’s annual best list.

The  28-year-old only failed at the height of 2.38 meters, which would also have meant a new Italian indoor record. In the shot put, the U23 European champion Leonardo Fabbri won with 20.36 meters. eme / aj

Jürgen Kessing is a guest in the morning magazine

Hurdle specialist Patryk Dobek stole the show at the indoor championships in Poland at the 800 meter indoor world champion Adam Kszczot. With a new best time of 1: 47.12 minutes, the 27-year-old won 13 hundredths ahead of the big favorite. European champion Michał Haratyk won the shot put competition with 20.77 meters. Piotr Lisek, third in the world championship in pole vault, secured victory with 5.60 meters.

The  European champion over 400 meters Justyna Święty-Ersetic won in her special discipline in 52.02 seconds. eme / aj

At the Dutch indoor championships, the U23 European champion over 400 meters hurdles Femke Bol improved the national indoor record she recently set for 400 meters by two hundredths. She sprinted to victory in 50.64 seconds. Nadine Visser showed her best performance so far in 2021 with 7.90 seconds over the 60 meter hurdles. eme / aj

The  background to this unusual procedure was that, for the first time since 1961, there were no British indoor championships because of the corona pandemic.

The  best performances were seen in the long jump in London and in the pentathlon in Manchester. Jacob Fincham-Dukes achieved a personal best with 8.08 meters. This means that the long jumper is one of the medal candidates at the European Indoor Championships. In the absence of the heptathlon world champion Katarina Johnson-Thompson, Holly Mills won the pentathlon in Manchester with a personal best of 4,557 points. Jörg Little

Kroos reveals: “I was directly a Nazi with many of them” – football 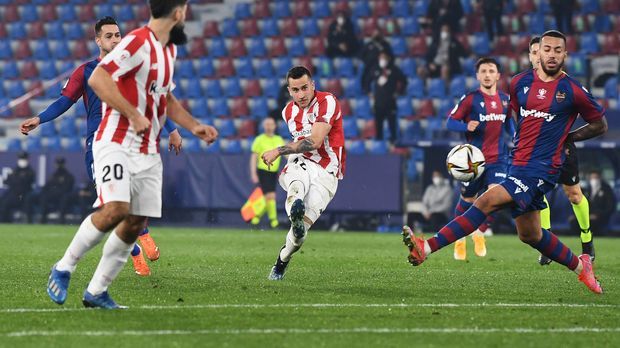 What you need to know about Biontech’s vaccine – health

Nutrition Report 2020: This is how people eat in Germany

Tornado and waterspout in the Gulf of Trieste

Disturbance in the power grid: Europe misses the blackout