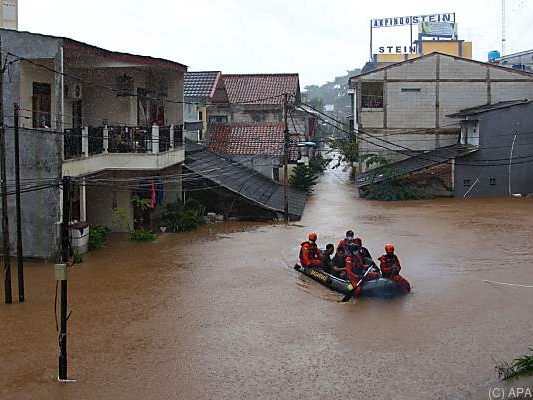 
Evacuations are on the agenda
© APA (AFP)

Heavy rains have caused floods in parts of Indonesia’s capital Jakarta, displacing hundreds of people. At least 139 districts of the ten million metropolis are affected, Jakarta’s civil protection authority announced on Saturday. In total, more than 1,400 people should be on the run from the masses of water.

The re were initially no reports of fatalities.

Recordings from local TV stations showed streets with vehicles washed away and houses that were up to two meters deep under water. On social media, residents reported families trapped in their homes waiting for rescue. In the Southeast Asian country, heavy rainfall, flooding and landslides often occur in the rainy season between October and April.

Germany too small for the rivalry Commentator – “Would have understood the demolition”

From the ideal world and the wicked city