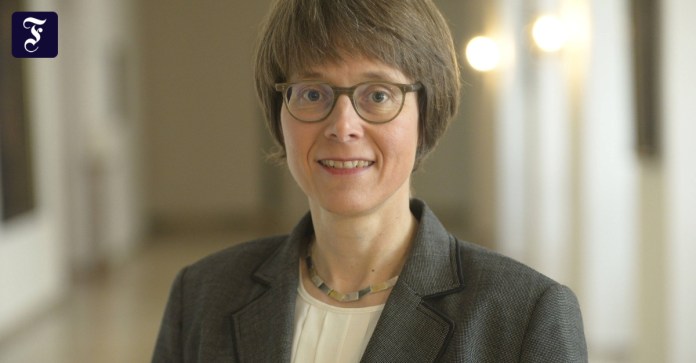 EFor the first time a woman takes over the management of the secretariat of the Catholic German Bishops’ Conference.  The  bishops elected Beate Gilles as general secretary of the conference and managing director of the Association of Dioceses of Germany (VDD) at their spring plenary meeting on Tuesday. On July 1st, 50-year-old Gilles will succeed Hans Langendörfer, who retired at the beginning of January 2021 after 24 years.

The  conference chairman, Bishop Georg Bätzing, described the election as a strong sign “that the bishops are fulfilling their promise to promote women in leadership positions”. Gilles is considered a profound theologian, strongly networked in the diverse structures of the Catholic Church and equipped with the best organizational skills. With the change of the title “General Secretary of the German Bishops’ Conference” one comes after an adjustment to the international circumstances, especially since the church law uses this terminology.

Gilles spoke of a challenging, “but also exciting phase for the Catholic Church in Germany”. Something new began with the reform dialogue of the Synodal Way. “This process will enable me to quickly get to know the differentiated Catholic landscape,” she said.

Gilles, born in 1970 in Hückeswagen in the Bergisches Land, studied Catholic religion and German at the University of Bonn from 1989 to 1995. In 2000 she did her doctorate with a thesis on liturgical studies on the broadcast of divine services in the media. From 2000 to 2010, Gilles was the director and managing director of the Katholisches Bildungswerk Stuttgart. Since 2010 she has been the department head for children, youth and family in the Diocese of Limburg. She has also been the honorary federal chairwoman of IN VIA Germany, the Catholic association for girls and women’s social work, since 2020.

Home management to be discontinued after the corona outbreak – BZ...

Corona winner: flatexDEGIRO share: With Corona turbo into the SDAX |...