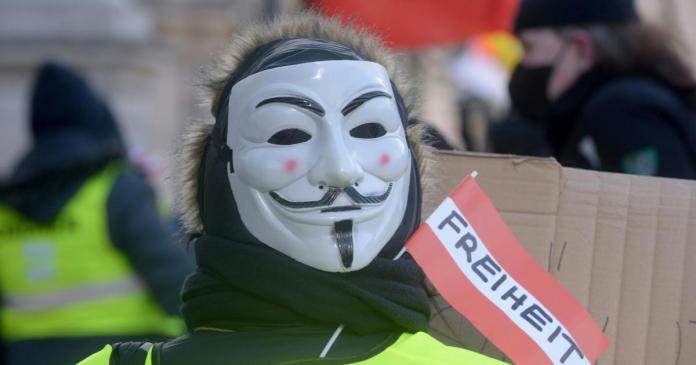 Although several demonstrations and rallies against the corona measures were prohibited in Innsbruck on Saturday, according to the police, around 800 to 1,000 people roamed the Tyrolean capital in the afternoon, largely peacefully. Only at the very end there was a brief argument between the police and several demonstrators in front of the country house, which resulted in two arrests.

The  demonstration under the title “Peace, Freedom, Sovereignty Government Measures” had already been banned on Wednesday on the basis of an official medical opinion by the city council of Innsbruck, since holding large mobile assemblies was epidemiologically unjustifiable, it said. Another rally that the authorities classified as an “evasive demonstration” was banned.

Two demo trains through the city

The re the gathering was broken up by the police. However, a new march formed with around 300 people who went back to Landshausplatz.

Shortly before the end of the demonstration, when most of the participants had already left Landhausplatz, there was a dispute between the executive and several participants in the rally.

The  trigger was a person who had not adhered to the corona measures. A police spokesman said the man did not understand when establishing his identity, which ended in attempted resistance against state power.

The  dispute between the executive and several demonstration participants ultimately resulted in two arrests.

Since the security was no longer guaranteed according to the executive, the meeting was dissolved.

The re was initially no information on how many people had been reported at the actually prohibited rally.

First S-Bahn train of the new series started in Berlin

50 years of “Tatort”: 13 episodes that will be remembered

Billions in class action lawsuit against Mastercard in the UK

Corona vaccination: Not all nurses in Salzburg want to be the...