Markus Babbel still knows VfB Stuttgart well as a player and as a coach – and has a clear opinion on what is going on at his ex-club.

Stuttgart – In 2007 they became German champions together with VfB Stuttgart, after which they formed a team at VfB as coach and team captain: Markus Babbel and Thomas Hitzlsperger. In the meantime, one of them is a football coach on hold, the other is known to have been promoted to chairman of the board at VfB. And as such, decisively responsible for which image the Bundesliga club is currently showing publicly – namely a “desolate” one, as Babbel announced on Sunday evening in the SWR program “Sport im third”.

Read here: Outraged letter from the supporters of Volker Zeh

Babbel was particularly hard on his former teammate. “

The  open letter was a disaster,” said the 48-year-old, referring to the beginning of the public mud fight. “I wouldn’t have believed him to do that and I would have thought he was more intelligent. Because that was below the belt and it was clear that it was coming back as a boomerang, “said the former VfB coach, but also took the other responsible persons on Mercedesstrasse in prayer:” What is currently happening only harms VfB. You get the feeling that it’s all about vanities. Everyone must be aware that it is a great privilege to serve VfB. ”

After various layoffs and resignations at management level as well as Claus Vogt’s presidential nomination, the Cannstatt club only seemingly came to rest. Vogt also gets his fat off from Babbel. “He doesn’t play a good role either, a lot of internal things come out”, Babbel suspects the 51-year-old behind many a public indiscretion.

The  48-year-old’s concern: that the leadership crisis will eventually have a sporting impact. “Sooner or later the whole thing will damage the team.”

Babbel in the discovery phase

The  long-standing Bundesliga coach (VfB, Hertha BSC, 1899 Hoffenheim), who has been without a job since leaving the Australian club Sydney Wanderers last year, is now looking at the football business with mixed feelings. On the one hand, the Bavarian still feels closely connected to his sport. On the other hand, he says: “

The  industry is getting crazy. I don’t know if I still need it. ”According to his own statement, he is currently in the discovery phase. “Is it still the coaching job? Or can I imagine something else? ”

Pope Francis calls for corona vaccinations – criticism of violence in... 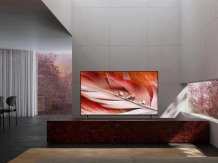