Daniel Yule is the best Swiss fifth in the World Championship slalom in Cortina d’Ampezzo.  The  Norwegian Sebastian Foss-Solevaag secured the title.

Yule managed a classification in fifth that he had not yet achieved in the previous World Cup slaloms this season.

The  Valais twice finished seventh in a difficult winter for him. In the second round he made up four places.

Ramon Zenhäusern, who had been given the best chance of a top spot by the Swiss quartet, had already lost the decision in the first run. In the final ranking he was 11th.

The  two-meter man was only in 21st place, which made a striking advance practically impossible. Due to the high temperatures and the feared deterioration of the slope conditions, the first 30 did not start in the second run as usual, but only the first 15 in reverse order. Loïc Meillard and Luca Aerni were eliminated in the first round.

The  second-placed Pertl, who had set the fastest time in the first run, stepped into the breach for his higher-ranking team-mates. Marco Schwarz, the most consistent slalom driver this winter, and Manuel Feller retired in the second run. Michael Matt did not get past 9th place.

Pertl only jumped on the WM bandwagon at the last moment. Thanks to his 4th place in the last World Cup slalom in Chamonix, the Carinthian was preferred to Fabio Gstrein. (bal / sda)

The  live ticker for reading:

Our ski stars got caught up in the avalanche of questions

Meillard and Holdener the fastest in the parallel qualification – Odermatt continues

Eight Swiss nationals competed at the World Ski Championships in Cortina d’Ampezzo to qualify for the parallel races – three made it. Wendy Holdener and Loic Meillard set the best times, Marco Odermatt also made a strong impression.

The  FIS changed the competition format at short notice. All participants had to contest only one qualifying run, in the end the eight fastest on both courses made it to the round of 16 (from 2 p.m.).

The bottleneck lies in the production of the vaccine doses 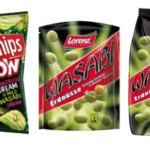