The  successful run of Eintracht Frankfurt has not been stopped by FC Bayern. Coach Adi Hütter’s team celebrated a 2-1 home win over the German champions on Saturday and are fourth in the table, just seven points behind the leaders.

The  second RB Leipzig would reduce the gap to Munich with an away win on Sunday over Hertha BSV to two points.

Sasa Kalajdzic headed his VfB Stuttgart to a 1-0 win at 1. FC Köln. With their goals, Karim Onisiwo and Kevin Stöger ensured a 2-1 for FSV Mainz 05 at Borussia Mönchengladbach.

The  match between SC Freiburg and Union Berlin ended 1-0 for the guests. Arch-rivals FC Schalke 04 and Borussia Dortmund met in the evening game (6.30 p.m.), and third VfL Wolfsburg and coach Oliver Glasner had already won 3-0 at Arminia Bielefeld on Friday.

His Austrian coaching colleague Hütter also had reason to celebrate. His Frankfurters took the lead through Daichi Kamada in the twelfth minute after David Alaba missed a Stangl pass from Filip Kostic.

The  Hessians 2-0 result from a shot by Amin Younes into the Kreuzeck (31st).

As soon as you load the post, data is sent between your browser and Twitter (Data protection) exchanged.

The  second half was clearly dominated by the guests, but more than one goal from Robert Lewandowski (53rd) was no longer visible for the reigning Champions League winner and club world champion. Martin Hinteregger played through with the winners as well as Alaba with the guests. Stefan Ilsanker came on the field in the 68th minute.

The  Frankfurt team brought nine wins and one draw from the last ten rounds.

With the Gladbachers, however, the tendency was in the opposite direction – after the 1: 2 home draw against Mainz, the “foals” have been waiting for a full success for four league games.

The  guests took the lead through Onisiwo, who sank the ball via the inside pole in the long corner to his second goal of this season (10th). When Lars Stindel equalized (26th), Valentino Lazaro had his legs in the game.

The  decision was made by Stöger, who was substituted in the 64th minute after Stefan Lainer’s header was too short.

The  ÖFB-Internationale was exchanged in the 89th minute, Hannes Wolf was exchanged for Lazaro in the 81st minute. At Mainz Onisiwo left the pitch in the 69th minute, Philipp Mwene played through.

For Stuttgart, Kalajdzic once again slipped into the role of the match winner.

The  striker scored the gold goal against Cologne with a remarkable header in the 49th minute and was replaced in the 74th minute. Kalajdzic already has eleven competitive goals this season.

The re was also a 1-0 away win for Union Berlin against Freiburg, Grischa Prömel was responsible for the goal (64th). Captain Christopher Trimmel was on duty with the Berliners over the entire distance, as was Philipp Lienhart on the other side.

Dortmund shot Schalke in the Revierderby

In the last game of the day Dortmund prevailed at Schalke 4-0. In the losers, the Austrian goalie Michael Langer came on from the 32nd minute due to an injury to Ralf Fährmann, he had to play in hits from Jadon Sancho (42nd), Erling Haaland (45th, 79th) and Raphael Guerrero (60th minute). ) reach behind you. His club colleague Alessandro Schöpf was exchanged in the 46th minute.

As sixth, Dortmund are still six points short of a Champions League place, Schalke are trailing at the bottom of the table. (WHAT)

As soon as you load the post, data is sent between your browser and Twitter (Data protection) exchanged.

Winfried Kretschmann does not rule out green-red-red 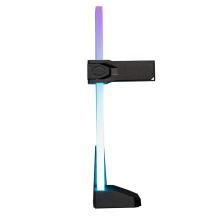