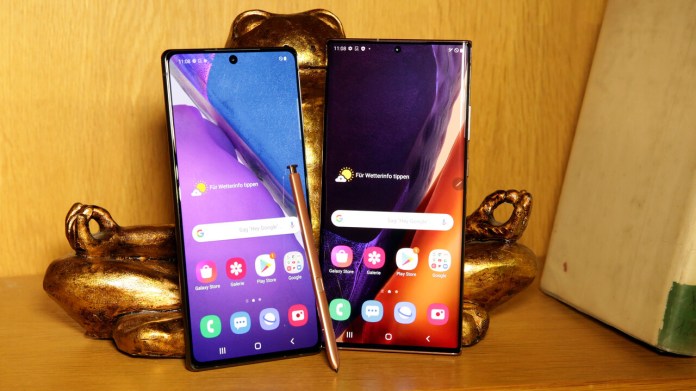 Gartner analyzed a decline in smartphone sales in the fourth quarter of 2020. This contradicts IDC numbers from late January, which had forecast growth. What is particularly striking are the significantly different numbers for smartphones from Apple, Samsung, other manufacturers and the overall market.

At the end of January, IDC reported preliminary figures for the smartphone business for the fourth quarter of 2020 and thus also for the full year. Among other things, they saw over 90 million iPhones sold – Gartner only sees just under 80 million units today and is already showing the first discrepancy.

The re is also a gap at Samsung, with almost 12 million copies sold between IDC and Gartner. For all manufacturers outside the top 5, the picture is reversed: Here Gartner sees 28 million more units sold than IDC.

In the end, Gartner sees a decline of over five percent in the last quarter of 2020 – IDC saw growth here. Interestingly, the number of smartphones shipped is identical for both analyzes, but Gartner estimates over 406 million units sold in the same period last year, while IDC only estimates 370 million.

The  figures from the last quarter have a corresponding impact on the annual report as a whole. IDC had already reported a decline of almost six percent in the overall smartphone market, and Gartner is now even 12.5 percent. Apple gains significantly less over the year, but Samsung and Huawei lose even more.

Even if the numbers of the market researchers differ significantly, the findings from one provider remain essentially the same. Huawei will hardly play a role in the western world in the new year, and its share in the market will continue to shrink significantly.

The  winners are emerging brands like Xiaomi and Oppo, while the two top dogs at the top are once again battling it out among themselves. Overall, the market should ultimately grow.

6 instead of 5 vaccinations possible per Biontech ampoule

B.1.1.7. spreads: six questions and answers about the new coronavirus...

There is still the headphone tip from Xiaomi