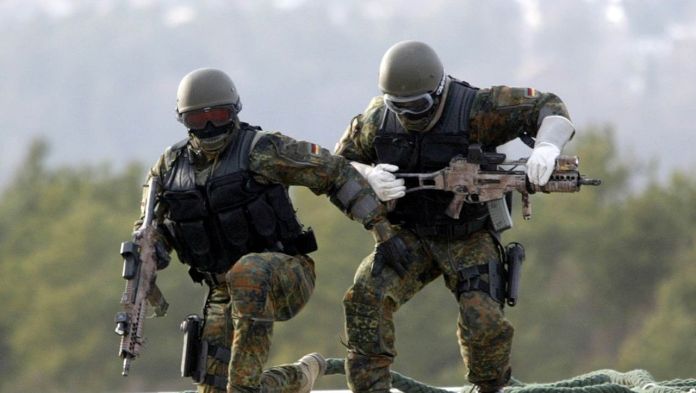 The  German Armed Forces Association has warned Defense Minister Annegret Kramp-Karrenbauer (CDU) against a premature replacement of KSK commander Markus Kreitmayr. »I know Brigadier General Markus Kreitmayr as an extremely honest, conscientious officer. He took vigorous action against the grievances that became known to the KSK and initiated a major cultural change, «said the federal chairman of the association, Lieutenant Colonel André Wüstner, of the German press agency.

The  commander of the Special Forces Command (KSK) is criticized because last year soldiers were supposed to have been given the opportunity to return unauthorized hoarded or even stolen ammunition without further penalties. For this purpose, so-called amnesty boxes were set up on the grounds of the KSK home barracks in Calw, Baden-Württemberg.

Wüstner said that it goes without saying that an investigation is carried out in the event of a suspicion of a misconduct. “However, if Markus Kreitmayr – as reported by the media – should be replaced by the minister or if the dissolution of the KSK is up for debate again without a comprehensive investigation beforehand, I fear a greater loss of confidence in the armed forces.”

Vortex for exercise in the US

Kreitmayr has been in command since 2018, and it has repeatedly hit the headlines due to right-wing extremist incidents. Most recently there had been a stir about the KSK because it had triggered diplomatic entanglements on a conspiratorial mission in the USA. According to SPIEGEL information, a US hospital even called the FBI because it feared that the soldiers might be members of a militia.

Wüstner warned Kramp-Karrenbauer against getting into the “old waters” of her predecessor Ursula von der Leyen. At that time one could get the impression “that pawn sacrifices as a supposed sign of leadership strength were more important than clarification and classification of the situation.” During her time as Defense Minister of the entire Bundeswehr, Von der Leyen had certified a “posture problem” and thus caused an outcry among the troops.

Coronavirus in the Soest district: the closer Christmas gets, the busier...

Vienna: attack on rabbi – perpetrator on the run

Everything is connected: That was A1 IoT Day 2020 According to Anschober, the government continues against compulsory vaccination