Observers viewed the surprising election as an attempt by the German bishops to venture into an affair to cover up abuse scandals. In this regard, the Archbishop of Cologne, Rainer Maria Cardinal Woelki, was caught in the crossfire. Bätzing had also accused his colleague of wrongdoing.

At the start of the virtual general assembly of the German bishops, there were protest actions by reform initiatives throughout Germany, which, among other things, demanded access for women to all church offices, an end to compulsory celibacy and double standards on the question of sexuality.

The  secretary of the German Bishops’ Conference supports the bishops in their work for the Catholic Church in Germany.

The  tasks of the Bonn-based secretariat range from coordinating international and ecumenical cooperation to cross-diocesan observations and accompanying socio-political issues.

The  secretary is also the managing director of the Association of Dioceses of Germany (VDD).

EMA: No approval of AstraZeneca vaccine in January

Free livestream from the LANXESS arena Cologne on Weiberfastnacht

Johnson comes to Brussels for the final round of the Brexit... 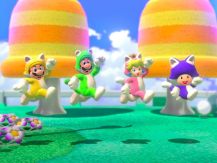