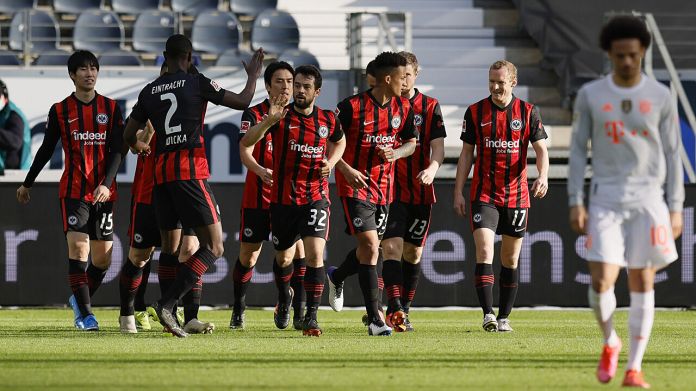 On the 22nd matchday of the German Bundesliga, Eintracht Frankfurt actually managed the surprise!

The  team of trainer legionnaire Adi Hütter prevails 2-1 against leaders and series champions Bayern Munich and celebrates the fifth victory in a row.

Eintracht is also the better team in the first part of the game and is rewarded twice: Kostic makes Süle look bad on the left wing, brings the Stangl pass into the penalty area and Kamada completes to 1-0 (12th). In the 31st minute of the game, Younes even increased it to 2-0 (31st) with a fantastic flick into the far corner.

In the second half, Munich started a real assault, Lewandowski (53rd) brought Bayern after a strong solo from Sane, but they couldn’t manage more.

With full success, Frankfurt is once again catching up with Oliver Glasner’s Wolfsburg and is fourth with 42 points. Bayern remain without a win after winning the Club World Cup, but are still leaders with 49 points.

“Protection concepts are sufficient”: 8 percent of Zurich schoolchildren have corona...

Crazy tariff promotion: Get 20 GB LTE now for less than...

Kim Jong-un’s wife back in public

Sport 1 takes a position on statements made by Steffen Freund