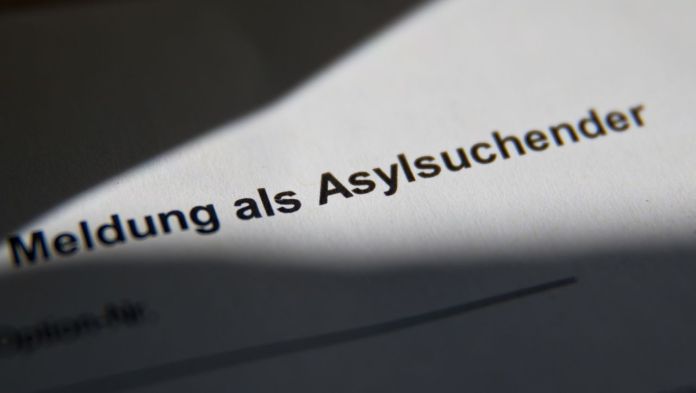 Name, date of birth, nationality – these details must be provided when applying for asylum in Germany. In many cases, however, the data is based solely on the information provided by the data subjects. A good half of the adult asylum seekers were unable to present any documents in the past year to prove their identity beyond any doubt.
“In 2020, the proportion of first-time asylum applicants aged 18 and over without identity papers was 51.8 percent,” according to a response from the Federal Ministry of the Interior to a written question from the FDP domestic politician Linda Teuteberg, which the dpa news agency has received.

The  number has increased slightly. In 2019 around 49 percent of adult applicants without papers presented to the Federal Office for Migration and Refugees (Bamf). In 2017 – the first for which statistics on the submission of identity papers were compiled in Bamf – almost 61 percent of all asylum seekers aged 18 and over were unable to submit any documents.

In an earlier answer to a parliamentary question, the federal government had given various possible reasons for the lack of identity papers: for example, problems in the registration system in the country of origin, the loss of documents while fleeing, the collection of papers by smugglers. Some of the applicants also deliberately dispose of their papers – sometimes on the advice of smugglers, “in order to supposedly increase their chances in the asylum procedure”.

Challenge to the authorities

According to the federal government, the Bamf checked a total of 190,608 identity documents from asylum seekers for their authenticity last year. When asked how many applicants with forged documents applied for asylum in the past year, the government said that 4488 documents had been objected to by the Bamf inspection agency. This corresponds to a share of 2.36 percent. However, the Ministry of the Interior pointed out that in some cases several documents from an applicant are being examined. Conclusions about the exact number of those who submit false papers cannot be drawn from this percentage.
Unclear identities made it much more difficult to make an appropriate decision in the asylum procedure, regardless of why someone could not produce any papers, said Teuteberg. To make progress here, a better European data comparison would be necessary – also for security reasons.

World Cup – Shiffrin sees “the whole season as a race...

Seniors are waiting for the vaccination: That is the schedule in...

The federal and state governments are today discussing corona lockdown |...

School in lockdown: The digital lessons are going too well here...

Mail from Google: guidelines for changing memory – real or fake? Corona vaccination in Germany: when is my turn? – Health

Ski jumping: “The most difficult jump” is still waiting for Stoch...