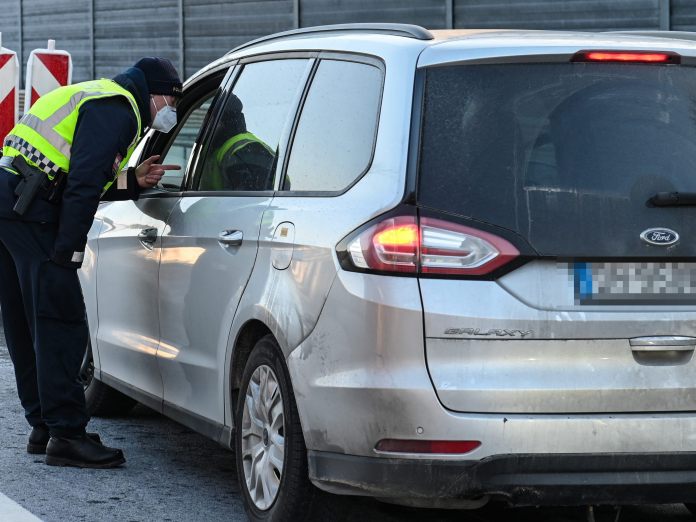 
Bans and entry rules that have been in force since February 14th remain unchanged.
© WHAT

The  border controls in Germany at the crossings to Tyrol and the Czech Republic will be extended until March 3rd.

As a spokesman for the German Interior Ministry confirmed on Tuesday, the bans and rules for entry from there that have been in force since February 14 are to remain unchanged.

The  German government had declared the Czech Republic, Slovakia and large parts of Tyrol to be so-called virus variant areas.

Only a few exceptions

From there, only Germans and foreigners with a residence and residence permit in Germany are currently allowed to enter.

The  federal police control compliance with the stricter entry regulations at these border sections “flexibly in terms of location and time with a clear focus on international or supraregional traffic connections in order to ensure the most complete control of cross-border traffic”, said the federal police headquarters in Potsdam.

The  EU Commission now expects a response to the letter within ten working days. In theory, it could initiate legal proceedings against Germany, but this is unlikely due to the ongoing pandemic.

“In accordance with the Schengen Agreement”

What has been done is in line with the Schengen Agreement, however, EU State Minister Michael Roth rejected the EU Commission’s allegations on Tuesday on the sidelines of a video conference with EU colleagues. One adheres to EU law, so Roth.

European Minister Karoline Edtstadler (ÖVP) had previously stated that the situation in the dispute with Germany over the stricter entry regulations for Tyrol had “relaxed”. During her visit to Berlin last week, she made it clear that the measures against the coronavirus pandemic in Austria are “working very well”. “I think that goes down with everyone”, emphasized Edtstadler.

At today’s meeting, “everything will come on the table” – the range of measures by individual Member States, which are a challenge, for example for the movement of goods and commuters, “but also everything that brings us towards normalcy”, such as the vaccine certificate, explained Edtstadler further. Concerning the vaccination certificate, she said there was “less and less resistance” and “more and more understanding” among the EU countries.

In their meeting today, the European Ministers are preparing for the EU summit of heads of state and government on Thursday and Friday. At the urging of the EU Commission, they advise on how to proceed at internal borders.

That is why the euro is staying at a higher level...

This applies in Rhineland-Palatinate in a tough lockdown – SWR Aktuell

Verona Pooth: She steps in front of the altar again!

What is the difference between bacteria and viruses? | ...