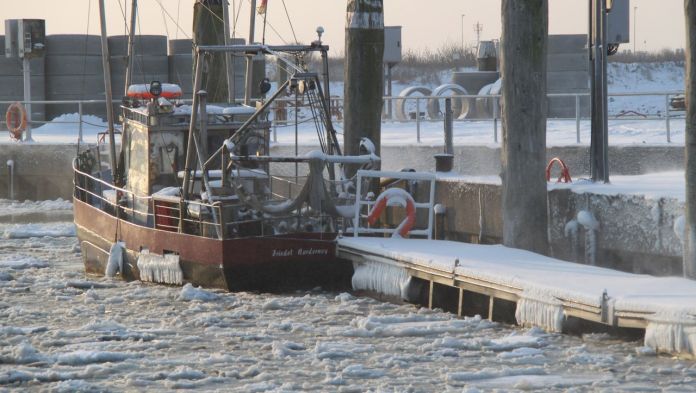 For the night on Wednesday, chaos on the highways was feared again. But despite the freezing cold and snow, there were no long traffic jams with hours of downtime. On the A2 in the Bielefeld area, on which the vehicles had jammed up to 70 kilometers on Tuesday night, traffic was now running. “ The  situation is currently relatively relaxed, but that can of course change again because of the weather,” said a police spokesman early on Wednesday morning. Most of the traffic flows on the motorways in the Bielefeld area – but there are delays in many places.
On Tuesday evening, the police reported a three-kilometer traffic jam on the A30 near Hiddenhausen in the direction of Hanover. On the A2, the Bad Salzuflen exit had to be closed due to an accident during the night. However, the situation remained calm compared to Tuesday night.

The  police had warned urgently on Tuesday of another night of traffic jams and asked drivers to bypass the A2 and A30 widely.

In other federal states, the police only reported sporadic ice accidents. In Schleswig-Holstein, the A7 in the Rendsburg-Eckernförde district in the direction of Hamburg was temporarily completely closed after a clearing vehicle had burned.

The  police released the route again that night.

The re was only a short backlog because there were comparatively few cars on the road. “People have adjusted to the weather,” said a police spokeswoman.

The re should be less snow overall, but the temperatures will stay in the ice cellar. “High› Gisela ‹with a north-easterly to easterly current ensures widespread frosty temperatures during the day and at night for severe frosts of minus 20 degrees when clearing up,” explained DWD meteorologist Jens Bonewitz. From Thursday on – unlike before – the cold air will also completely prevail in southern Germany.

Early on Wednesday morning, the DWD reported severe frost between minus 10 and 15 degrees from northern Bavaria to the Mecklenburg Lake District, especially in central Germany, occasionally minus 25 degrees. In Thuringia, lows of down to minus 26 degrees were measured on Wednesday night. It was coldest in Olbersleben in Northern Thuringia, as a spokesman for the weather service announced. However, that was still a bit far from a Thuringian cold record. According to the DWD, this was measured on February 2, 1830 in Jena at minus 30.6 degrees.

During the day, temperatures should be between minus 2 and 9 degrees, sometimes even frostier.

The  CSU politician told the German Press Agency on Tuesday: “In many regions of Germany the situation is gradually starting to calm down. It may take a while before everything goes back to normal. In some ways and in certain areas there are still impairments. ”

Shipping on the Mittelland Canal and Elbe Lateral Canal stopped

The  massive onset of winter is now also having an impact on inland shipping in northern Germany. From Wednesday evening (6 p.m.) the Mittelland Canal and the Elbe Lateral Canal will be closed to shipping, as the responsible waterways and shipping office announced on Tuesday in Braunschweig. As a precaution, the icebreakers that are otherwise on these canals are withdrawn onto the Weser in order to break ice floes there in front of weirs – this is how the pressure that the ice loads on these facilities should be reduced, said a spokesman.

With a view to the announced permafrost period with up to minus 20 degrees, which should last for several days, the icebreakers could probably keep the Mittelland Canal and the Elbe Lateral Canal free anyway, according to the spokesman. As soon as the ice situation relaxes, the canals should be reopened for shipping.

According to the climate researcher Stefan Rahmstorf, cold waves like the ones currently in Europe can become more frequent in the course of climate change – and the winters still warmer. “This can also be attributed to the fact that the polar vortex has become unstable,” said the head of the Earth System Analysis department at the Potsdam Institute for Climate Impact Research (PIK) of the German Press Agency.

The  polar vortex encloses the arctic cold air – as long as it does not weaken or even reverse. “

The n the cold air, which is normally trapped in this vortex above the pole, can go astray and migrate to the adjacent continents.” According to the researcher, it can happen that it gets very cold in North America or Northern Europe. “

The n it will be particularly warm in the Arctic.

The  cold air is shifting, ”explained Rahmstorf. “For once, that extends to Spain or, in the USA, to Florida.”

According to the Potsdam researcher, evaluations of data from the past decades have shown that the number of days with unstable polar vortices has increased significantly. He therefore assumes that there may be more cold waves in the future. “We are already counting on the fact that the phenomenon will probably continue to increase,” said Rahmstorf. 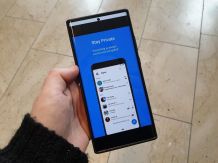 Signal is now getting the users of WhatsApp – Multimedia