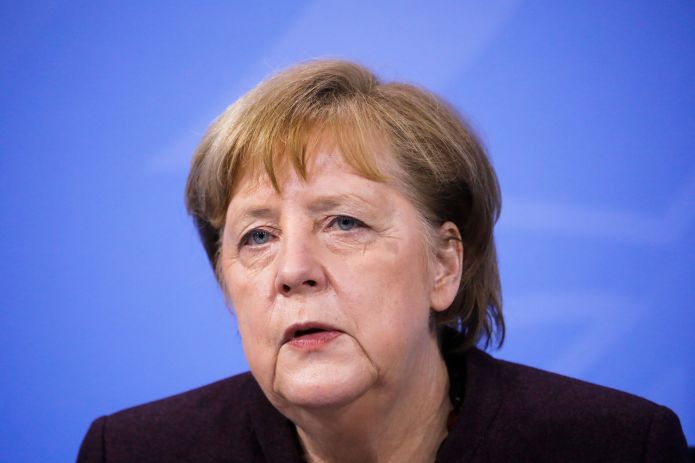 Berlin –  The  numbers are not really there, but one term defines the debate at the beginning of the Political Week: easing.

The  fact that the Liberals again demanded a “sign of hope” on Monday came as no surprise, as did the demand from Bavarian innkeepers to finally reopen beer gardens and bar areas.

However, when the CDU presidium meeting announced that even Chancellor Angela Merkel (CDU) could imagine a concrete opening strategy given the possibility of quick and self-tests, there was great excitement.

The  Chancellor can imagine opening up in three steps: in personal contacts, schools and, finally, in cultural institutions, sports and gastronomy. To this end, a working group with the head of the Chancellery, Helge Braun (CDU) and the heads of the state chancellery of the federal states, is to prepare concrete plans.

The  minister-presidents will meet on March 3rd for another federal-state summit, as appropriate planning could form a basis for the discussion. Of course, you can also see that the Chancellor would like to push the annoying subject off at least until this date.

Because opening discussions – which Merkel referred to as opening discussion orgies a year ago – exist in many places. Berlin’s Governing Mayor Michael Müller (SPD), as chairman of the Prime Minister’s Conference, proposed a kind of step-by-step plan two weeks ago, but initially failed. In the end there was only one general recommendation left from his perspectives. But Müller continues to plan. Instead of the incidence value, the R value – i.e. how many people are infected by an infected person – should now also play a role in relaxation, as well as the utilization of the intensive care units. Berlin has been measuring these three values ​​in its Corona traffic light for a year. Now the governing mayor is trying to offer the model nationwide again.

Another suggestion comes from the twelve Berlin medical officers. According to a report by the Tagesspiegel, they are calling for easing to no longer be linked to general incidence values. It is “not expedient to link containment measures to incidences of 20, 35, 50”, according to the statement of the medical officers.

The se incidences would not reflect the actual infection process, but would depend on people’s testing capacities and willingness to test.

Instead, the doctors suggest that measures should be based on the possible consequences of an illness. “Intensive infection prevention measures” are needed for the elderly and the sick and, at the same time, the measures for other groups such as school children need to be moderated. An incidence analysis based on age cohorts would be necessary as an “early warning system”. So there is a “big difference” whether there is a 50s incidence, in which all infected children without symptoms and those over 80 are already vaccinated, or whether risk groups are particularly affected.

Senate spokeswoman Melanie Reinsch said that the advice of the medical officers was taken very seriously. “But they cannot replace the legal basis,” she said.

Above all, they cannot replace the knowledge that the number of infections in Germany has not fallen for days, and in some cases is even increasing again. “

The  good development is over at the moment,” said government spokesman Steffen Seibert on Monday after the meeting of the Corona cabinet.

The  British mutant of the coronavirus is now registered in 20 to 25 percent of all cases in Germany, and the trend is rising.

The  R value is also well above 1. In Berlin, according to the Senate, it was 1.24 on Monday. This means that 100 infected people infect an average of 124 people.

The  federal government is advising what a sensible opening strategy could look like, said Seibert. “But the first wave of opening is already rolling”. Schools have reopened in many federal states, garden centers are now open again, and hairdressers followed on March 1. “Whatever we do, we want to hold out,” says Seibert.

An important factor is the rapid antigen test, the use of which will be discussed with the Prime Minister on March 3rd. According to the original plans of Health Minister Jens Spahn (CDU), all citizens should be able to be tested for corona free of charge in doctors’ offices, pharmacies and test centers with a rapid antigen test from March 1.

Educators and teachers at elementary and special schools should be vaccinated against the coronavirus faster than previously planned.

The  federal and state governments agreed on this on Monday at the conference of health ministers, as its chairman, Klaus Holetschek (CSU), announced afterwards.

The y should now be classified in priority group two instead of group three in the vaccination ordinance.

Federal Minister of Health Jens Spahn (CDU) has promised to incorporate the change in the fast-track procedure into the Corona vaccination ordinance by the middle of this week if possible. In day-care centers, child day care centers and schools, there are numerous contacts between people from different households, the reason was said. “That’s why we have to protect our employees in this area in particular,” said Holetschek

IS returnees landed in Germany – an arrest

Handover: Biden continues to lament the blockade of the Trump administration

Problematic for animals: Forest owners are afraid of Christmas festivities