In February, two mighty giants rummage through the thick ice in the Arctic in the far north of the world.  The  drive through the Northeast Passage is not only climatically but also politically explosive.

The re are two countries behind it.

With the help of an icebreaker, a merchant ship succeeded for the first time at this time of year in navigating the Northern Sea Route – also known as the Northeast Passage. This is shown by photos of the Russian state company Sovkomflot.

The  shipping company specializes in the transport of crude oil and liquefied natural gas. It is the first time that a merchant ship has sailed the North Sea route in February.

The  “Christophe de Margerie” loaded with liquefied natural gas took just under eleven days between the two ports in China and Russia.

The  shipping route leads from the Russian Arctic coast from the Kara Sea along Siberia to the Bering Strait. It is located in arctic waters and exclusively in the economic zone of Russia. Parts are ice-free for only two months a year – until now.

The  imposing images from the northern edge of the world and the climatic and political-economic dimensions behind them can be seen in the video above. You can find the post too here. 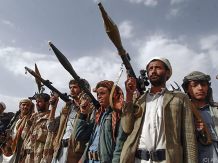 Corona vaccination in monkeys: why they get this too

Weather phenomenon in England: ship seems to float over the sea

FC Bayern: Leipzig coach Nagelsmann with a swipe in the direction...

Corona vaccination in the north: the first dates have been set Bundesliga: The best Lewandowski ever – sport

Without it, the future of the MCU crumbles

Austria: “Anyone who would make such a film today would be...