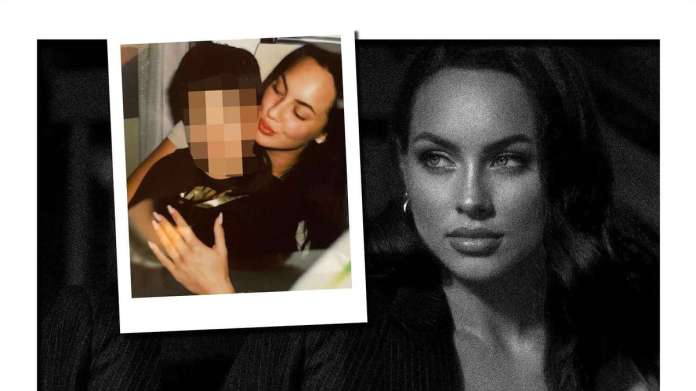 Berlin –  The  16th season “Germany’s Next Top Model” (GNTM) has been on TV on ProSieben since February 4th. Heidi Klum is looking for Germany’s next big model this year because of the corona crisis in Berlin. But just a few days after the GNTM start, the model world was overshadowed by the death of ex-candidate Kasia Lenhardt.

The  25-year-old was found dead in her apartment in Berlin on the sixth birthday of her son. Many media reported unanimously. But photos from the crime scene are puzzling (here the full article).

A few days before her death, Kasia Lenhardt had a public mud fight with her ex-boyfriend: FC Bayern Munich star Jerome Boateng (32).

The  footballer broke off the Club World Cup in Qatar because of her death and traveled back home to mourn.

The  Berliner, who came fourth in Germany’s Next Top Model in 2012, sent her son an emotional message on his fifth birthday. “I can’t put into words what I feel and how sentimental this day makes me,” Kasia posted on February 9, 2020 on her Instagram account.

GNTM model Kasia Lenhardt: She loved her son so much

“I’m so proud of you and of us as a team, including your dad, I’m proud. I will be forever grateful to him because he gave me the most beautiful gift in the world. We share so many moments, so many emotions and our connection is something special. ”Over 32,000 followers of the GNTM model (subscribe to our Telegram channel and never miss any GNTM news) were touched by these emotional words to their son.

“You are such a tender little creature and you give me so much. You give me the only thing that really matters in life. Love. ”Exactly one year later, Kasia Lenhardt was found dead on her son’s sixth birthday.

The  sympathy for the death of the former “Germany’s Next Top Model” candidate is huge.

Sara Kulka, who became known through her participation in the model show with Heidi Klum on ProSieben, also spoke up. She is now making serious allegations. Meanwhile, the current “GNTM” season on ProSieben continues undeterred.

More deaths in lockdown than in 42 years – corona virus

Coronavirus mutation in Germany: Virologist Drosten worried – “Then we have...

London’s narrowest house is for sale

Ban on alcohol and firecrackers on New Year’s Eve: rules for...