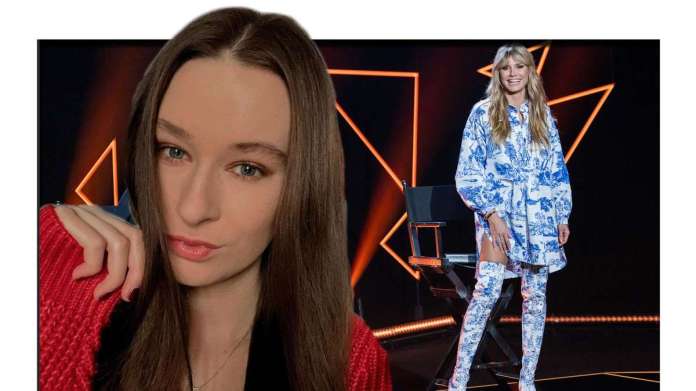 A candidate disappeared without a trace after the first episode of GNTM. But in an Instagram video, she explains to her fans what exactly happened and how she feels about Heidi Klum and “Germany’s Next Top Model”.

Berlin – In the search for “Germany’s Next Top Model” (GNTM), one candidate stands out in particular, or rather, not at all. In the 16th season of Heidi Klum’s (47) TV show, this candidate was completely cut out. In an Instagram video, which you could see in her story, Ricarda (21) speaks about her Exit at GNTM (Read here: GNTM (ProSieben):

The se are the candidates for the new 2021 season with Heidi Klum).

By contract, the 21-year-old has the opportunity to make a personal statement about her exit. In her video, Ricarda emphasizes that the show gave her great pleasure and that she is very proud to have made it into the top 25. Modeling wouldn’t have been a challenge for her, but it was the TV format itself has given her great difficulties. She imagined the show to be completely different (read here: GNTM: An overview of all 15 winners of Heidi Klum’s casting show)

Ricarda realized that she lost their authenticity on the show and stated that if she had stayed longer, the situation would not have improved. That’s why the 21-year-old decided to leave the show. Rumors circulated on the Internet that she missed her family and left the show because she was very homesick. On the net it was speculated that she violated the rules or did something that violated the GNTM contract.

Among other things, there was also a lot of speculation that I had done something or that I would behave like Wendler and therefore be cut out. That’s not true.

GNTM candidate will continue to model

Ricarda explained to Heidi Klum the reasons why she wanted to leave the show the conversation between the top model candidate and model mom was not broadcast on TV. Similar to all other scenes where Ricarda could be seen. Heidi Klum advised her not to stop modeling and to try other agencies. Ricarda would like to follow this advice because she likes to be in front of the camera.

When asked why their scenes were cut out, Ricarda had no answer. No walk and no interviews were broadcast, which made Ricarda sad because she would have liked to see herself on the GNTM catwalk.

Demi Lovato suffered three strokes and a heart attack after an...

Insufficient effect – do people who have been vaccinated against corona...

Autopsy confirms the act of violence in Isselburg

Red Bull “strengthened” with the addition of Sergio Perez

Corona crisis in Germany and the world: China wants to vaccinate...

XETRA-SCHLUSS / DAX closes just under minus after record high |...