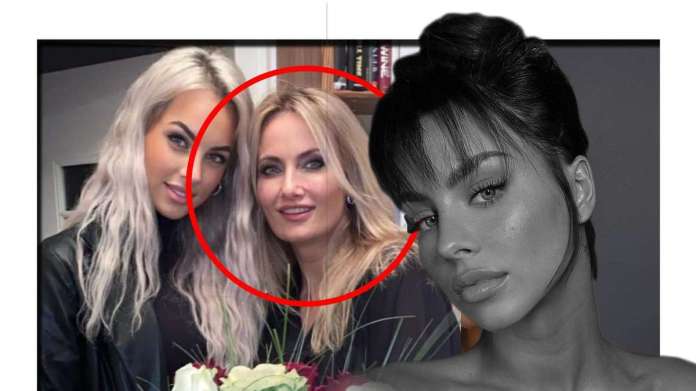 The  mother of the Berliner, Adrianne Lenhardt, is completely desperate because of alleged “evidence” that is published on the Internet.

The  interest in Heidi Klum’s model show “Germany’s Next Top Model” on ProSieben is greater this year than ever before.

The  reason for this: the sudden death of ex-candidate Kasia Lenhardt. On February 9th, the 25-year-old Berliner died on the day of her son’s sixth birthday. A few days before her death, the GNTM participant from 2012 had a public war of the roses with her ex-boyfriend Jerome Boateng.

After the death of GNTM model Kasia Lenhardt – speculation is rampant

Just days after Kasia was found dead, the headlines turned. In England, the “Daily Mail” reported that the native Polish was not found in her apartment in Berlin-Charlottenburg. Jerome Boateng also moved into the focus of interest from GNTM fans.

The  FC Bayern Munich player left the Club World Cup in Qatar immediately and was not part of the team afterwards.

In the social networks, the fans’ desire for a complete clarification of the circumstances of death is now getting out of control (we reported). In the last few days, new accounts like “What happened to Kasia” have appeared on Instagram. Baseless accusations, alleged chat histories and murder allegations are publicly posted there.

Again and again you can read there that Kasia Lenhardt was killed. “We just want to find out the truth about what happened to Kasia. We will do our best so that Kasia can sleep in peace, ”is just one of the many demands.

Kasia Lenhardt: Official cause of death not yet confirmed

Because of the rumors and alleged “evidence”, mother Adrianna Lenhardt is completely desperate. She now turns to the many GNTM fans with a public request on Instagram. “On behalf of my daughter, I would like to ask you not to post anything that has yet to be clarified where it came from or to pass on things that have not been written publicly.” Adrianna Lenhardt wants to prevent prejudice and false “proof” of the wind Take sailing.

Even if many fans of “Germany’s Next Top Model” are sure that Kasia Lenhardt was killed on the internet, this is pure speculation. Promiflash.de reported that the exact cause of death has not yet been officially confirmed.

“Germany’s Next Top Model” by Heidi Klum is shown on ProSieben on Thursdays at 8.15 p.m. Subscribe to our Telegram channel now and our best Be the first to read GNTM stories.

“Theater im Park” booked well before the start in May

Hair trends 2021: 5 hairstyles that are guaranteed to get you compliments

Missing picture from show in New York Museum turned up

Family instead of “crime scene”: Friederike Kempter is pregnant again

Willi Herren and his wife Jasmin: it’s over

Dr. Seuss: Six children’s books are being withdrawn because of racist images

Trouble with the Sormas software

Paris is planning a museum memorial for victims of terrorism

Breakfast television: Marlene Lufen in pain – “I had a different...

Controls on New Year’s Eve – the police hope for fewer... Defeat in Frankfurt – “Feels dead”: Bayer is currently far from...