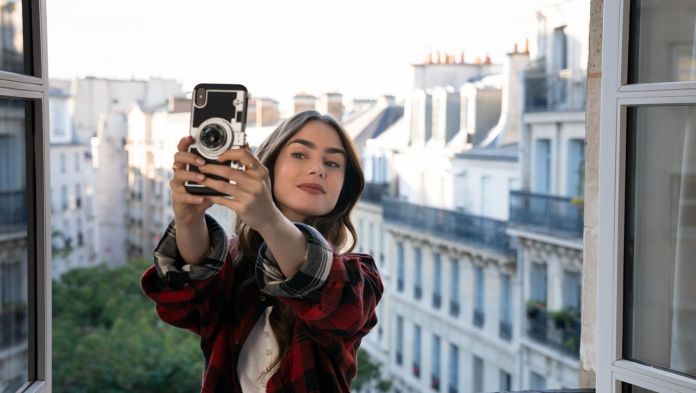 When the Golden Globes are awarded on Sunday evening in a two-part event in both Los Angeles and New York, then not only stars like Jane Fonda, Sacha Baron Cohen or Viola Davis are in the spotlight, but also the Hollywood Foreign Press Association (HFPA) – but as usual for the small press organization that organizes the Globes, for unflattering reasons.
In a large background piece, the “Los Angeles Times” researched how generous payments were made to individual members, what could be behind the heavily criticized nomination of the Netflix series “Emily in Paris” and how conflicts of interest are mounting among the members of the HFPA .

Criticism of the HFPA comes up with great regularity in the US entertainment industry. This is mainly due to the structure of the organization:  The  Association of International Hollywood Correspondents currently has only 87 members.

The  Academy, which awards the Oscars, has more than 10,000 voting members. Because of their small number of members, the HFPA’s nominations and awards are considered erratic and unrepresentative in the industry.

Nevertheless, an omission this year caused even more annoyance than usual:

The  much-acclaimed HBO series “I May Destroy You” about the consequences of rape was completely ignored, instead the Netflix production “Emily in Paris”, which was criticized as shallow and cliché «With two nominations, including that for the best comedy format. As the “Los Angeles Times” now reveals, more than 30 members of the HFPA were invited by Netflix to visit the set of “Emily in Paris” in Paris.

The re the journalists were accommodated for two nights in a 5-star hotel. “We were treated like kings and queens,” the newspaper quotes an anonymous source.

The  fact that “I May Destroy You” was written and staged by the black Briton Michaela Coel and that she also plays the leading role has also provoked criticism that the HFPA would not adequately appreciate the achievements of black artists. As the LA Times shows, the HFPA has no black member.

Another point of criticism of the newspaper are the fees that the HFPA pays to its own members for work in viewing commissions and similar working groups. In 2020 the HFPA paid out over 1.9 million US dollars to its members for the fulfillment of relevant tasks, according to the LA Times.

The  amount is expected to rise to $ 2.1 million in 2021. In addition, a number of members should not mainly work as reporting press, but pursue various secondary activities such as PR advice and moderation.

According to the LA Times, payments to its own members have risen sharply, especially in the past ten years, in a period in which the working conditions and fees for journalists have deteriorated dramatically. One could therefore understand the payments as an informal supply system within the association, just like the various secondary activities that individual members pursue, also due to economic constraints.

The  HFPA pointed out that the fees were based on market rates and that secondary activities and possible conflicts of interest were subject to an internal review.

The  Oscar Academy does not pay its members any compensation for their work on the selection and award process.

The  LA Times report met with great interest in the industry, but its criticism is not shared everywhere.

The  industry service »Variety«, for example, doubts whether individual actions such as the invitation to the set of »Emily in Paris« actually distorted the nomination process.

The  nomination is part of a long series of surprising preferences of the Globes, and the junket in Paris would not have been anything unusual: the members paid for the flight to Paris themselves, and there would have been similar events for other productions.

It was also pointed out that although the HFPA has no black members, there are a number of People of Color in the association and assume prestigious functions.

The  Indian journalist Meher Tatna has served as president several times. But one will deal with the problem of not having blacks in its ranks, according to a spokesman for the HFPA.

The  HFPA is a non-profit organization that draws its budget from the income for the TV license for the Golden Globes broadcast and an annual fundraising gala. Most of the proceeds will be donated to charity and invested in a scholarship program. In contrast to many other award ceremonies, in particular the Oscars, the Globes enjoy a comparatively large and, above all, constant popularity with television audiences.

The  audience figures are usually between 18 and 20 million, which is significantly higher than that of the Emmys.

The  popularity of the Globes is mainly due to the moderators, who, compared to the Emmys and especially the Oscars, can go very far in their taunts against the industry.

The  highlights of the gala are the appearances by comedians Tina Fey and Amy Poehler, who moderated from 2013 to 2015. This year both will be back as presenters – but in different places. Poehler will host from Los Angeles while Fey will be in New York.

No green card: does Wendler’s Laura have to leave the USA?...

Towers positive before the game against Frankfurt

Weather – Stuttgart – smoothness, frost and rain in the southwest...