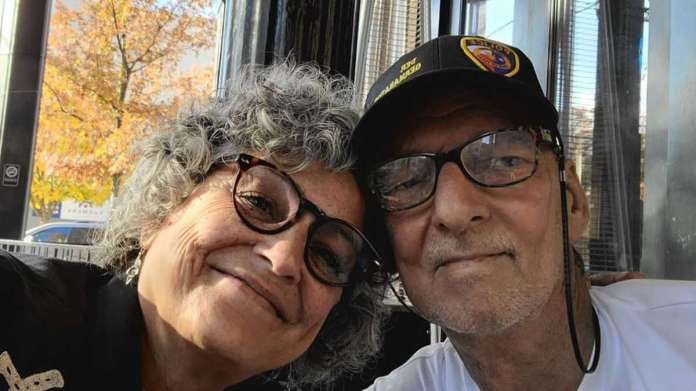 The  cult emigrant died on Sunday evening after a serious illness. His wife is in mourning.

Sulfur Springs – Sad news from the USA: Cult emigrant Werner Boesel is dead. His wife Christine confirmed this on her husband’s Facebook account. Boesel became known through the VOX show “Goodbye Germany”. He died on Sunday evening at the age of 62 after a serious illness.

His wife Christine is in deep mourning. “With a broken heart I have to inform everyone that my sweet Werner died tonight. RIP, my love, ”she found moving farewell words to VOX, which had accompanied Werner’s life for so long.

In 2015 Boesel fulfilled his dream of emigrating. He gave up his job as a taxi driver in Germany and moved to his “Boesel Ranch” in the US state of Texas. At the same time he opened the dream of his own restaurant in the village of Sulfur Springs, where he ran “Joe’s German Restaurant”.

The  TV show “Goodbye Germany” accompanied him and has visited him regularly with the camera in recent years.

As early as November 2019, however, a message came that caused the fans of the cult emigrant huge worries. Boesel was seriously ill with leukemia. Back then, after the illness became known, he shared a call for help on the show in which Werner was looking for a successor for his restaurant in Texas. Because of the chemotherapy and blood transfusions, they were only able to open their catering business occasionally. “Only stem cell therapy can save me, but my heart is too weak,” Werner recently wrote to VOX. Now he has lost the fight against the disease.

The  broadcaster also said goodbye to Boesel via the official Instagram account for the broadcast of “Goodbye Germany” and was shaken. “Now the emigrant we have accompanied for many years has passed away. A man with backbone and poise. He called himself a ‘life artist who lives his dream.’ You will be missing, Werner ”, it said there. Many fans of the show say goodbye to their favorite emigrant under the post.

35 years of Windows – Why Windows didn’t go under

Berliner surfs in the tunnel on a bus

On the recommendation of Boris Johnson: Oligarch’s son becomes Lord in... Fulda: Dead child in the canal is probably a missing two-year-old