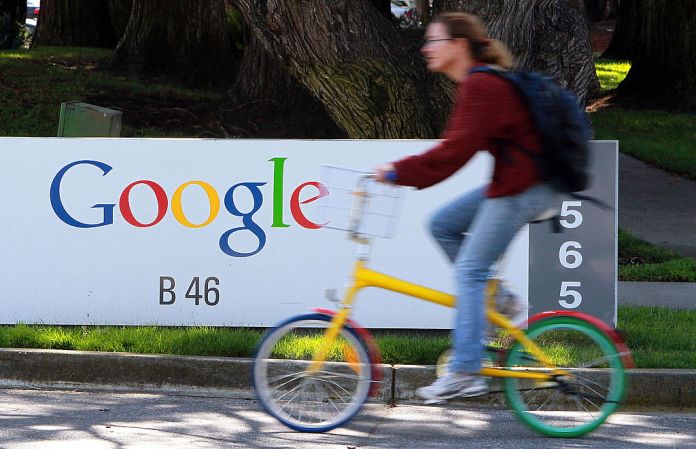 Good Morning! Work in the digital scene continued in many places during the weekend.

It is said to be files that show discrimination against the black researcher Timnit Gebru. This was terminated in December – a decision that drew far-reaching criticism. Another colleague from the former team under Gebru and Mitchell wrote on the short message service Twitter that Google operates one “Smear campaign” against the two women.

The  Gründerszene announced on Friday that Google had appointed Marian Croak as the new head of the AI ​​department. Croak was previously Vice President of Engineering and, like Gebru, is a black woman. [Mehr bei Techcrunch und

On Start-up scene: Don Dahlmann writes in his torque column that the Data from the car will soon be worth gold. Who listens to which music? Who uses paid services? A lot of money can be made with such user information. But companies from outside the industry such as Amazon and Google want to dispute this income from the car manufacturers. [Mehr bei Gründerszene]

And here are the other headlines of the night and the past few days:

Of the Bitcoin cracked a market capitalization of one trillion US dollars, setting another record high. On Friday the price of the crypto currency was over $ 54,000, on Sunday it even climbed to over $ 58,000. This increased the value of all bitcoins by well over $ 450 billion this year. [Mehr bei Handelsblatt und Handelsblatt]

Uber has suffered a major setback in the UK. According to a ruling by the Supreme Court in London, the transport service provider must pay its drivers minimum wages, waiting times and vacation. Uber, on the other hand, sees its drivers as self-employed entrepreneurs who are only paid for the travel time.

The  ruling calls into question the entire business model of the US company. [Mehr bei Wall Street Journal und Handelsblatt]

Tencent has taken out a syndicated loan of $ 8.3 billion.

The  loan allows the Chinese internet company to continue investing in existing businesses or to conclude new deals.

The  operator of the Wechat messaging app and the world’s largest game manufacturer holds shares in companies such as Tesla and Snap. Other Chinese companies have also raised funds or are in the process of doing so:

The  food app collected for example Xingsheng Selected two billion dollars in a financing round, Alibaba has recently issued bonds worth five billion dollars while the search engine Baidu would like to take out three billion for a syndicated loan. [Mehr bei Bloomberg,

IBM should reconsider the sale of its Watson Health division, according to media reports Behind this should be CEO Arvind Krishna’s wish to concentrate more on higher-margin corporate areas such as artificial intelligence and the cloud. IBM’s fourth quarter sales of cognitive applications, which include Watson Health, were $ 1.5 billion, down 2 percent year over year. [Mehr bei Wall Street Journal und Zdnet]

Apple is apparently in talks with several vendors of sensors for self-driving cars known as lidar.

The  company has been working on a driverless vehicle project for several years and has developed the majority of the software, the underlying processors and algorithms for artificial intelligence itself. However, it is currently looking for cooperation partners from the automotive industry. [Mehr bei Bloomberg]

Have a good start to the week!

Tichanovskaya calls for help for the Belarusian opposition

Kyril Louis-Dreyfus explains why he bought Sunderland of all places

Tour for Friday and Wellinger ended