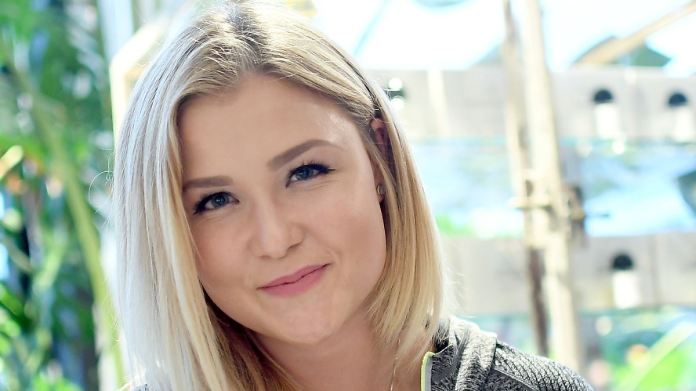 Fitness star Sophia Thiel dares to jump into the deep end: For her Instagram comeback, the influencer shows her new curves in a bikini for the first time and poses for them while ice bathing in the lake. But it wasn’t because of the cold that she had reservations about making the video.
Actually, she just wanted to share her fitness experiences with other young women and encourage them to adopt a healthier lifestyle. Sophia Thiel delighted her fans on Youtube and Instagram with fitness and nutrition tips, her videos delighted millions. Soon the young woman received invitations to the red carpet and fitness fairs and published her own books. But with success the pressure increased.

In 2019 she suddenly disappeared from the scene. She made a conscious decision to no longer be active on social media. As the model later revealed on YouTube, the pressure grew over her head. She would have suffered more and more from having to plan every day carefully and to forego any free time.

Now, after two years, Thiel surprises with a comeback and starts with a very special video.

The  influencer takes off her bathrobe in a snowy landscape and steps into a frozen lake in a tight bikini. Your body has changed a lot, however. Instead of a well-trained six-pack, she now presents herself with sexy curves and a small “feel-good tummy”.

“I was really worried about uploading this video”

The n I think it’s a shame how others feel when they read it. ”

With her new bikini photos, the former fitness model wants to encourage young women to feel good in their bodies despite their own concerns. In the video she says: “You know whether you can understand it or not: I like myself for who I am. It took a really long time for me to be able to accept my body and myself like that. It was just too long a game of hide-and-seek for me and fear of what others think of me. ”

She received a lot of support from her fans on all channels. “Be proud of yourself and your figure! You look super great,” wrote one user. Another Instagrammer commented: “Now she has the same ring on her stomach as I always have. Could use more real bodies on this platform.”

Dominic Thiem in the Eurosport podcast – “Cancellation would be unfair”...

Of a special caliber: Top German diplomat at the top of...

Pirates attacked the container ship “Mozart” off Nigeria, one dead

Because of Oliver Pocher: Influencer Gerda Lewis is crying