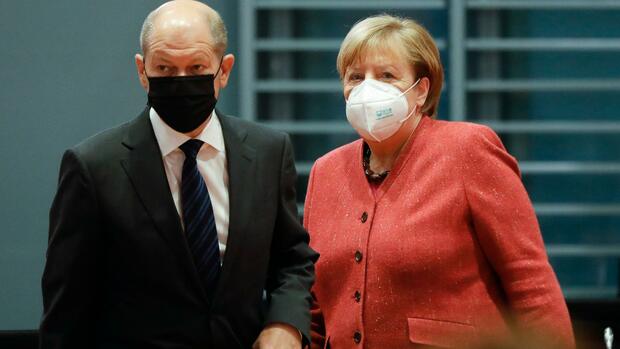 The  coalition is slipping slightly in the Sunday trend.

The  government coalition of the CDU / CSU and SPD has lost its approval, according to a survey by the Kantar opinion research institute. In the Sunday trend recorded weekly for the newspaper “Bild am Sonntag”, the governing parties each lose one percentage point.

The  Greens and the Left Party each gained one point to 19 and eight percent respectively.

The  FDP remains stable at eight percent, while the AfD slips by one point to nine percent.

The  other parties would vote six percent (+1). Kantar interviewed 1,905 people for the newspaper between February 11 and 17.

Greens federal manager: SPD would be a dream partner

While the ruling grand coalition is currently only 50 percent in favor of the electorate, a black-green government that is conceivable after the federal election would come to 53 percent.

For the Greens, however, the SPD would be the preferred coalition partner after the federal election. “If I could choose, green-red would be my dream government,” said Federal Managing Director Michael Kellner of the German Press Agency in Berlin.

The  SPD chairman Norbert Walter-Borjans is also promoting a coalition with the Greens after the federal election.

The  CDU and CSU with their conservation policy belonged on the opposition bench, he is quoted by the “Frankfurter Allgemeine Sonntagszeitung”.

Red-green in all surveys well below 40 percent

“Another, a progressive majority that accepts and shapes change, only works with a red-green core,” emphasizes Walter-Borjans. “In view of the challenges Germany faces both during and after the pandemic, I think reliable cooperation with the Greens, especially with regard to a climate-neutral industrial policy, is the right combination.”

It is highly unlikely that there will be enough for this in the federal elections at the end of September: In the Sunday trend, the party together only make up 35 percent, and in other polls they also remain well below 40 percent.

His party is initially fighting for its own good result, said Green politician Kellner. “Because that is the guarantee that society will become more social and ecological.” One will talk about coalitions when the election results are certain. “We will speak to all democratic parties. But of course we will sound out exactly with whom we can prevail most. ”

The re are obstacles to overcome in all conceivable constellations. “

The re are no love marriages in politics.”

Kellner countered the impression that a coalition with the CDU and CSU would be established after the election. “For us Greens, the Bundestag election is not about who is the junior partner next to the Union. For us, it is about replacing the Union in the Chancellery. It’s about green versus black, not black-green. ”

It is still unclear with which black top candidate the Greens would have to negotiate in the event of a case. CDU boss Laschet had last announced a decision on the candidacy for chancellor for the spring.

According to the results of the Kantar survey, the German citizens see CSU boss Markus Söder in the lead when asked about the Union’s candidate for chancellor in the upcoming federal election. He is much more suitable than the CDU chairman Armin Laschet: Söder comes to an agreement of 50 percent of the respondents, Laschet convinces 24 percent. 26 percent are undecided.

More: Green double strategy – cuddle to the right, step to the left

Social – Stuttgart – Social associations: assistance for the disabled so...

The Coronavirus, Security and Freedom: What About 2020 …

In the brown swamp – A right-wing populist star fails on...

Opera! Awards for Salzburg and the Vienna Philharmonic

Stiftung Warentest selects the best hair shampoo – the result is...