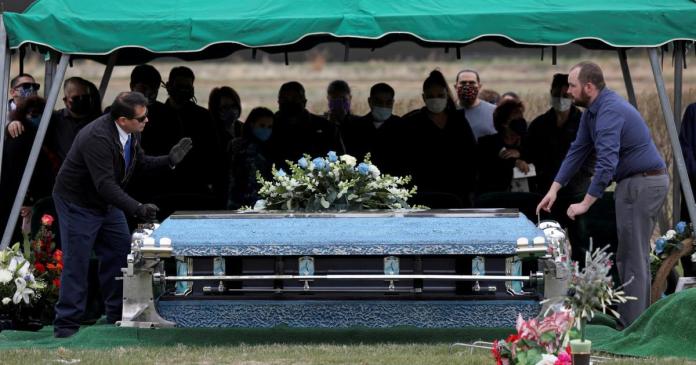 In the United States, around 44 million people have received at least one vaccination since mid-December, which corresponds to a good 13 percent of the population. Almost 19 million people have already received both of the required doses, according to data from the CDC health authority. For comparison: In Austria, 2.2 percent of the population have received the full vaccine so far.

After about a year of a state of emergency, corona fatigue is spreading in the USA. Everyone is hoping for a return to a certain normality soon.  The  question of when the time will come is currently being asked almost every day to Biden and his corona expert Anthony Fauci. “I can’t give you a date when this crisis will end,” Biden said last. “But I can tell you that we are doing everything possible to ensure that this day comes sooner rather than later.”

The  president was at least confident that Christmas could be celebrated again this year with the extended family. “But I can’t promise you that,” he warned.

The  government will get around 600 million doses of vaccine from manufacturers Moderna and Pfizer / Biontech by the end of July, which would be sufficient for all adults in the country. This could mean – if everything goes well and only a small proportion of Americans refuse to be vaccinated – the worst of the pandemic could be over in the fall.

Camogli: Cemetery collapse in Italy – authorities warn of the “fight against time”

Earthquake in Iceland: experts warn of a possible volcanic eruption

Coronavirus – Sputnik wants to land in the EU Hours to Execution: Montgomery can only save Trump’s grace

Max Verstappen shows his new girlfriend – and is criticized

Epic fails with a British lawsuit in the app store dispute...