Hallesche FC lost their away game in the 3rd division at SV Meppen on Friday evening with 1: 2 – a deserved defeat, as the HFC players admitted. Coach Florian Schnorrenberg was very disappointed with the performance of his team. We collected the votes for the game.

>>> Unsportsmanlike conduct at the HFC gate? That’s what those involved say

Florian Schnorrenberg (HFC trainer): “ The  2-1 win is a very deserved win for Meppen because we didn’t perform well. We have to be angry about that and I’m also disappointed because we had a lot of players who weren’t at their limit today. We cannot score points in this league. We still had chances in the end, but a draw wouldn’t have been deserved. We had the feeling recently that we were on the up, but that was not enough for over 90 minutes. “

Torsten Frings (SVM-Trainer): “We played well, but we could have scored one or two more goals.

Pictures from the game:

Discussions after the 1: 1 for the HFC in Meppen.

Discussions with the captains: Meppens Egerer and Halles Nietfeld have a need to talk to 1: 1 after the HFC gate.

Halles Michael Eberwein with a header in the game at SV Meppen.

Fireworks in Meppen shortly before kick-off.

Jeron Al-Haizameh (SVM defender): “We set everything up today, everyone fought for everyone. We played a great first half and Halle didn’t have a chance to score. In the end we left the field as a deserved winner. ”

The  frustration is deep, that wasn’t our best game today. In the first half in particular, we didn’t get access and didn’t play clearly. All in all we deservedly lost. “(Mz / source: Magenta Sport)

DAX in plus – Shanghai Composite with five-year high – BMW... Winter weather in Germany: Serious accidents due to snow and black... 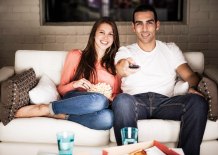