Marvin Ducksch had to be substituted in the game against Paderborn. On Monday (February 15), a closer examination revealed a torn muscle fiber in the thigh. 96 anticipated a failure of several weeks.  The  curious thing about it: Ducksch said internally that he was not in pain.

The  illustration of the muscle showed a fiber tear.

The  confirmation of the diagnosis came on Friday (February 19) from the former Bayern doctor Hans-Wilhelm Müller-Wohlfahrt.

The  former team doctor for the national team (wrote the book in 2018: “See with your hands.”) Indicated that with appropriate treatment and after a final training test, Ducksch would be fit enough to play as a substitute player. After the final training on Saturday, Ducksch drove to Düsseldorf. He should be ready as a joker.

Marvin Ducksch: his career in pictures.

Marvin Ducksch, now 25, began his football career at the age of four at BSV Fortuna Dortmund 58 and was trained by his father. In 2002 he moved to the youth team at Borussia Dortmund, which he then went through completely.

Sulejmani will start in the storm

But how is someone supposed to be able to play soccer five days after several professionals diagnosed a torn hamstring?

The  diagnosis was confirmed, but according to Müller-Wohlfahrt and 96 Ducksch should not be so injured that he could not play.

Ducksch couldn’t train for a week. To minimize risk, he’s just a case for the bank. Hendrik Weydandt, who could have replaced Ducksch, stopped training on Tuesday (February 16) (fluid in the calf). Weydandt immediately traveled to Munich with Ducksch for an examination. At 96, Weydandt’s return to training is only expected next week. Now 96 will start with Valmir Sulejmani as the striker. Not only Katharina Gallhuber wants to jump on the World Cup...

FC Schalke loses the derby against BVB and has deserved relegation 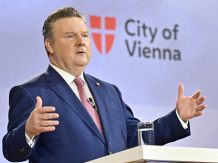 Elderly care worker Dennis (33) is the Christmas savior of lonely...