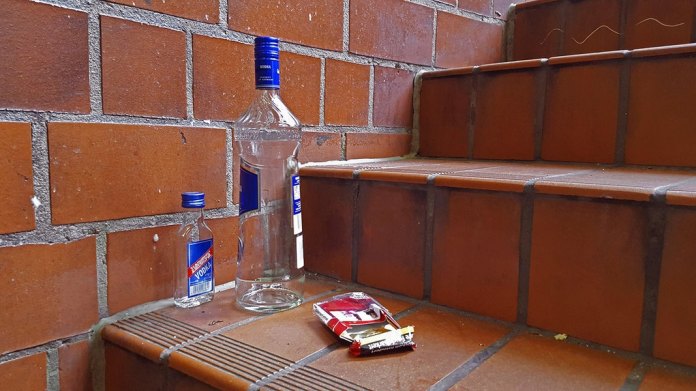 As the police announced on Friday, both victims injured their esophagus. A 50-year-old man had to be hospitalized with severe burns, a 30-year-old got away with minor injuries.

Many homeless people are exposed to the cold. In Bremerhaven, the city therefore works with hotels and hostels. (02/11/21) 3 min

One perpetrator – or several?

According to the officials, the cases occurred on the nights of January 21 and February 6 in the city center. A man gave each of the homeless people a bottle of schnapps that looked like the product of a popular vodka brand. However, they contained a corrosive liquid – or at least were mixed with it. It was therefore still unclear whether the perpetrator is identical in both cases.

The  investigation into dangerous bodily harm is ongoing. At the same time, the officials said they were spreading warnings in facilities for helping the homeless. In the future, night shift workers should pay more attention to suspicious processes.

In freezing cold on the street – that can be life-threatening for people without a place to stay. How should we behave? (02/11/21) more

Blood Bowl 3 gives a taste of Bugman’s beer in the...

These people may not be vaccinated against Covid-19

This is how Christmas begins – the 26th Vienna Ice Dream...

The risk of depression increases around menopause

Queen Elizabeth II: So quickly she rejected Harry and Meghan