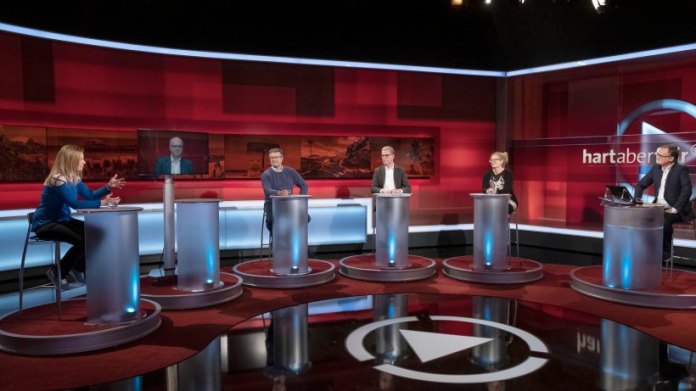 Tough but fair: “We don’t vaccinate to make vacation possible”

Is it appropriate to travel in Corona times?  The  guests argue about this at “Hard but fair”.

The  group does not believe in vaccination privileges.

Berlin. With or without family – many people can hardly wait for the sun, sand and sea, while others just think of it vacation immoral in the corona pandemic. Moderator Frank Plasberg discussed with his guests on Monday evening at “Hart aber fair” the question of what is in it for vacation this summer.

“Hard but fair” – these were the guests:

As expected, Norbert Fiebig, President of the German Travel Association, swung the advertising drum for Cruises and Co. Reinhold Messner wanted to advertise lonely nature trips, but that never happened.

The  mountaineer, who was connected via video, said goodbye to the show unexpectedly quickly.

While the Seven-day incidence stagnates and both the targeted 50 and the frequently discussed 35 have not yet been reached, many people confidently forge vacation plans for the holidays. Journalist Andrea Zschoscher has also already booked her family vacation in summer.

The  reactions to it in the social networks were comparatively harsh, as she reported in the ARD Talk: “I am personally responsible for them now third wavebecause I said I wanted to go on vacation. ”But is this judgment fair? In any case, Zschoscher didn’t want to know anything about so-called vacation shame. “I can no longer make my vacation plans dependent on what some politician advises me.” Also read: Third wave: Weltärzte boss wants to change the sequence of vaccinations

SPD politician Andreas Bovenschulte showed understanding for the Holiday longings the citizen. “Whether this is possible, however, depends on the development of the infection,” said the mayor of Bremen.

The  virologist in the group, Dr. Corinna Pietsch, advised reason.

Norbert Fiebig, President of the German Travel Association (DRV), on the other hand, called for an end to the travel ban: “We have to get the chance to start our business again wherever it is possible for health reasons.” tourism should not be “chattered to pieces.” Later, Bremen’s mayor Bovenschulte also admitted: “

The  economy and society cannot withstand this in the long term if we do not take any steps.”

From so-called Vaccination privileges During the summer vacation for people, as they are already being discussed by Israel and Greece, nobody in the group wanted to know anything. President of the DRV, Norbert Fiebig, even thought the discussion was “premature”. Read about it: Model Israel: Are vaccination privileges also available in Germany?

And when the already rather succinct discussion threatened to drift into the moral, Dr. Corinna Pietsch made an important point: “We do not vaccinate to send someone on vacation in a funny and happy manner.” protect vulnerable groups and achieve herd immunity.

Mountaineering legend actually wanted that vacation is not just vacation Reinhold Messner explain that evening. But technical problems prevented his implementation: Frozen in the still image, Reinhold Messner was carried out of the show before he could even say a sentence.

Wanderer and book author Manuel Andrack gladly jumped in for Messner and commented on his rigid visual exit with the words: “It is okay that the person who found the Yeti is now frozen.”

The  question “Vacation – yes or no?” Remains also after this “hard but fair” evening moral issuethat everyone has to answer for themselves.

This is how past episodes of “Hart aber Fair” ran:

Germany closes – but when?

Little is needed to be happy: Between fixed deposit and savings...

Giant slalom on the Zauberberg – strong gusts of wind prevent...

Most crimes in buildings: a woman is raped in Berlin every...