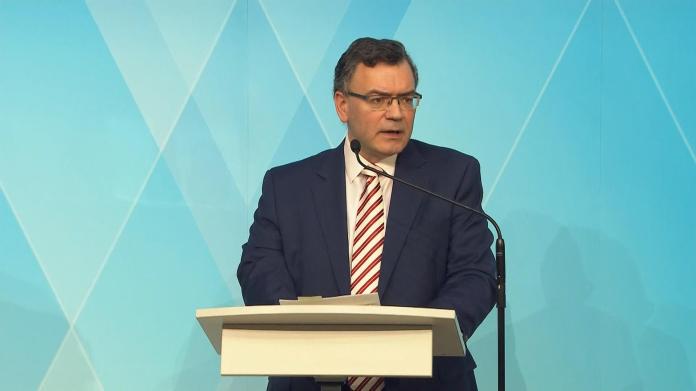 The  Bavarian cabinet has decided to take further easing steps: As State Chancellor Florian Herrmann (CSU) said, garden centers, nurseries and flower shops as well as tree nurseries and hardware stores will be allowed to reopen throughout the Free State from March 1.

Manicures and facial treatments are allowed

Foot care, manicures and facial care will also be allowed again, announced Herrmann – in analogy to the hairdressers, who are also allowed to open from Monday. When asked, the head of the state chancellery explained that this also included nail salons.

The  motto here is to “treat the same thing equally”. According to Herrmann, service companies that are necessary for the purpose of personal hygiene and care are allowed. According to the State Chancellery, customers are only required to wear a mask “if the type of service does not allow them (facial care)”.

Music schools are allowed to open

In districts and urban districts where the 7-day incidence is below 100, individual lessons will again be possible in music schools from Monday, according to Herrmann. According to the State Chancellery, the minimum distance must be maintained and a mask must be worn if possible, if this is possible with the respective musical instrument.

Herrmann: Corona “does not forgive mistakes”

State Chancellor Herrmann emphasized at the same time that one had to proceed very carefully when relaxing. “We are simply not over the mountain yet.

The  virus is not giving up.” It continues to spread, it mutates, and it does not forgive mistakes.

The  mutations are currently prevailing in proportion.

The refore one should now “not fall into a hectic opening up”.

The  state government in the neighboring state of Baden-Württemberg was angry about the opening of the hardware stores in Bavaria. Government spokesman Rudi Hoogvliet told the German Press Agency that one was irritated by the turnaround by Bavarian Prime Minister Markus Söder (CSU). “So far he has always been the tough dog, now he’s starting to open up one thing at a time,” said Hoogvliet. “I don’t know what that is about”.

In Baden-Württemberg, a regular opening of the hardware stores is not planned. Hoogvliet said that the opening of flower shops from Monday would still be understandable, as these were perishable goods. But: “Hammer and paint don’t spoil that quickly.”

The  Bavarian Minister of Economic Affairs Huber Aiwanger (Free Voters) defended the new easing. “I definitely believe that we can more than justify this opening with the appropriate hygiene concepts that we apply there,” he emphasized.

He hopes that the Prime Minister’s Conference next week will also give perspectives to sectors that have “been on the ropes since November and since December” – trade, tourism and the catering trade. “I also believe that it is the right strategy, which has now also been discussed in Berlin, to open up ways here with the increased use of rapid tests, to free up ways that we haven’t had before.” His wish to the federal level is that hotels are allowed to receive guests with a negative corona rapid test “towards Easter”.

Spain: Radical Christians from Germany in court after mass panic

Jarasch wants faster building in Berlin and relies on wood

Technical defect was the cause of the major fire in Langenhagen...