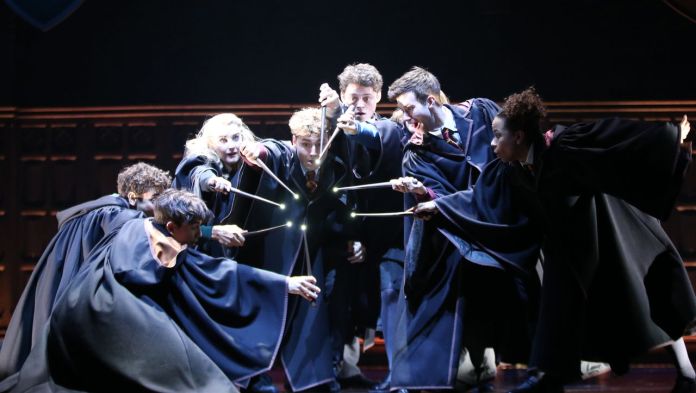 The  German premiere of the play “Harry Potter and the Cursed Child”, which has already been postponed several times due to the corona pandemic, is now planned for December 5th in Hamburg. »

The  development of the corona pandemic is forcing us again to postpone the premiere. A resumption before the end of November 2021 does not seem possible in our view, «said producer Maik Klokow on Monday according to the announcement. According to the information, the previews will start on November 23rd in the Mehr!

The ater am Großmarkt.
Most recently, the premiere of the German-language performance was postponed to April 2021.

The  piece was originally supposed to celebrate its German premiere in March 2020. It was canceled due to the corona pandemic. By then, more than 300,000 tickets for the performances had already been sold. All tickets are to remain valid and can be exchanged from Thursday for the performances planned from the end of November.
“Harry Potter and the Cursed Child” is the first non-English-language production of the play from the pen of Joanne K. Rowling, who delighted a whole generation with her Harry Potter novels.

The ater am Großmarkt was specially converted for this purpose.

The  production and renovation of the theater with its 1,673 seats had cost around 42 million euros.

Weather in Germany: polar vortex breaks – is now a violent... Spahn expects normalization from the summer