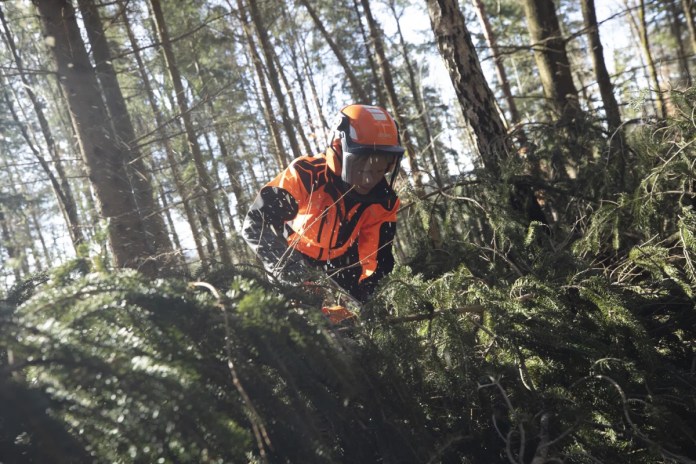 When Anke Kleinschmit was supposed to make the most important decision in her professional life, the world was still all right with her employer. At that time, at the beginning of 2019, Corona was just a Mexican type of beer and Daimler again announced record values ​​for sales and revenue.  The  star shone brightly over Stuttgart.

Anke Kleinschmit was responsible for the digitization of the car production. A key function for the future of the automobile manufacturer and one for the future career of the engineer. Kleinschmit studied precision engineering, today the subject is called mechatronics. She then joined Daimler in 1992 as a calculation engineer, switched to development and, in her penultimate position, was director of corporate research. In almost 30 years she had come a long way and there was no end to her rise in sight.

And then the headhunter came

She was successful, her employer was successful – at that time a headhunter burst with a job offer. It wasn’t the first in recent years; others had tried to poach her. “So far I had never gotten into a conversation,” says Kleinschmit. This time already.

The  Kleinschmits come from Lower Saxony.

The  grandfather ran a forestry research institute in the north of Germany, the father studied mechanical engineering in Braunschweig and then went to Daimler in the south to Stuttgart. “When I told him I was going to quit, he swallowed,” says Anke Kleinschmit. But when she told him where to start, it wasn’t long before the father was behind the daughter’s decision.

“Gender discussion was and is not important to me”

“As a nature-loving person, he has several Stihl devices in the garage and as an engineer he knows that they are good,” says Anke Kleinschmit. She has been Head of Development at Stihl in Waiblingen, a suburb of the Swabian capital, since mid-2019.

Women are seldom represented in German executive boards, and women management boards for development are even rarer. “This gender discussion was and is not important to me,” says Kleinschmit. In three decades of her professional activity, she has made the experience that you work better with one person and worse with another, but that has nothing to do with gender, but with people.

Success with chainsaws instead of odds

A statutorily set quota should now ensure that more women get into management positions. In the future, at least one woman should sit on the executive boards of listed companies with equal co-determination if this executive board has more than three members. This is what it says in the draft law that the federal government passed at the beginning of the year. “My path in life has shown me that you can be successful as a woman even without a quota,” says Anke Kleinschmit. She is not a friend of the women’s quota because she does not naturally occupy positions. “I became a member of the Stihl Board of Management because it worked.” That motivates much more than a quota.

Kleinschmit is passionate about her work. “I am a developer with full conviction and I didn’t want to do anything else because I can do most of things in development.” That drives her and she prefers to work with engineers, “which is probably because we understand each other professionally”.

The re is progress in development, Kleinschmit likes that, retro perspective less so.

She has a son, says the 53-year-old. Also that she likes to exercise and swim in the fresh air. But not in the indoor pool, only outdoors and all of this as uncomplicated as possible. Nothing more should be written about her private life. Anke Kleinschmit communicates clearly.

The re are no empty phrases or empty phrases in their vocabulary. She listens and answers precisely, just like engineers are: Arguments count, not fantasies.

The  conversation takes place in a video conference. In front of Kleinschmit there are a few sheets of paper with notes on the questions previously submitted in writing. Opposite is the Stihl press officer. She looks at him a few times before answering in order to interpret his facial expressions and thus to get his professional advice. Kleinschmit is a team player. She is honest and straightforward; what she says sounds conclusive. Nothing is meant for positive reporting.

From anonymity to family business

The  decision in favor of Stihl was made with reason and feeling. “It wasn’t easy, this process took half a year,” says Kleinschmit. During that time she looked for and found analogies between Daimler and Stihl. In both companies, a technical device comes out after a similar product development process.

The  complexity of the automobile differs in the product, and in the case of Stihl in the variety of products. Stihl has been the world market leader in chainsaws for 50 years without interruption, but over time has expanded its product portfolio to include a large number of other motorized tools for gardening, landscaping and the construction industry.

The  main difference between your previous and today’s employer is their culture: “Daimler is bigger and more anonymous, Stihl is a family company with personal contact.”

The re was also an emotional factor. When the inquiry was made, she was just over 50 years old and thought: “It’s cool and the right time to start something new.” In total, this led to her resignation from Daimler and chainsaws instead of Mercedes.

Listening, forming an opinion, deciding: these are your tasks today. “We as board members are responsible for ensuring that the company is successful,” says Kleinschmit. This is how the board is measured. Stihl devices are considered reliable products. Maintaining this reputation is one of her most important tasks. This is how their work is measured.

She expects loyalty from her employees, just as she has been loyal to Daimler for 28 years. She considers honesty and transparency just as important. “No company can be successful if there is no trust in and in the company.” It is therefore important to her that her former and new colleagues know that she did not leave Daimler because the car company slipped into the crisis. That was not foreseeable at the time. But that it doesn’t suit Stihl either.

Circle as a shopping center – This Sunday sale polarizes people

15% more mini four-legged friends: More and more Hessians have a...

AstraZeneca excitement: “What a luxury problem!”

Entry tests for parents in the hospital

Expensive contaminated sites – Credit Suisse has to write off 1.2...