Carnival should have started in many places in Switzerland on Thursday. But Corona did not allow that. Some carnival people did not let their party be spoiled, celebrated together and had a good time.

In Lucerne, however, one man had too good a time. Strongly drunk, he mobbed passers-by around 11 a.m. and wanted to shake their hands, says Urs Wiger, media spokesman for the Lucerne police, to VIEW. Because the drunk refused to cooperate, he was arrested.

Grip in the face, thrown to the ground

The  police were not at all squeamish, as the video of a BLICK journalist present shows. With a practiced move, the troublemaker was grabbed by the face and back of the head and thrown on the floor. He was then taken away.

This was the only arrest, said Wigger. Otherwise around 100 people would have gathered on Kapellplatz in the early morning hours. In normal years, the Lucerne Carnival begins at 5 a.m. with the so-called “Big Bang”.

At first, numerous passers-by were strictly controlled. After that, the police withdrew into a passive role for about an hour and just watched the goings-on. However, from around 5.30 a.m., the officials turned away the carnival people and asked them in a friendly tone to go home. (vof)

Netherlands: curfew remains in effect for the time being 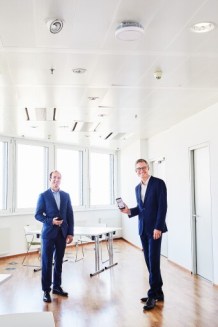