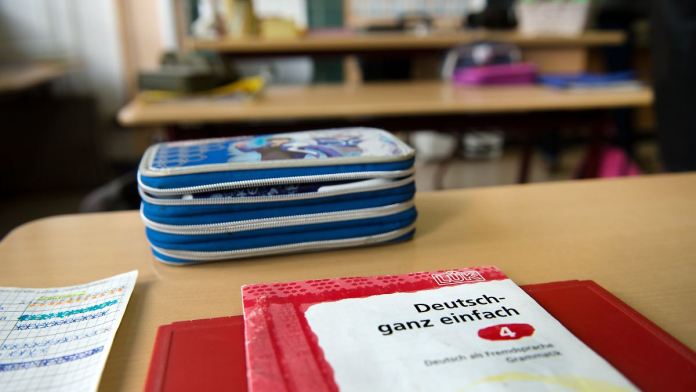 In many federal states, schools are returning to face-to-face teaching, daycare centers are again allowed to look after more children. At the same time, the number of infections is increasing. In order to better protect teachers and educators, a change in vaccination regulations is becoming more and more likely.
The y were closed for around two months, now daycare centers and elementary schools are opening again in ten other federal states. Lessons are either resumed in a so-called alternating operation – i.e. with half classes that come to school alternately, or there is full operation with fixed groups that should not meet if possible. All or more children are looked after in the daycare centers. Each federal state regulates the details for itself.

Since the federal states have linked the openings to regional contagion rates, facilities in some districts and cities with high numbers are still closed. Saxony had reopened its daycare centers and primary schools a week ago. Lower Saxony has been teaching primary school children back to school since January. In the afternoon, the health ministers of the federal states held a switching conference to discuss whether daycare and primary school staff should move forward in the order of the corona vaccinations.

To do this, the Corona Vaccination Ordinance would have to be changed so that, according to the Federal Statistical Office, around one million people affected move from group three (higher priority) to group two (high priority). A corresponding change had already become apparent at the weekend. Several countries and Health Minister Jens Spahn are in favor. That would take a good week, until the beginning of March, said the minister in the ARD.

The  Baden-Württemberg Minister of Social Affairs Manfred Lucha (Greens) announced for his country that as early as this Monday, educators, teachers and doctors “and everyone from the medical field” should be vaccinated.

The  German Foundation for Patient Protection fears that the seriously ill from group three will fall behind. “If professional groups are to be set even further ahead, it will cost life,” said Foundation Board Member Eugen Brysch.

The  health expert of the Union parliamentary group, Karin Maag, also warned in the “Süddeutsche Zeitung”: “We did well to have largely adopted the recommendations of the Standing Vaccination Commission.” Otherwise you get “very difficult considerations”.

Federal Minister of Education Anja Karliczek defended the openings against criticism. “It is good that many schools in Germany are now gradually starting face-to-face teaching again,” she said. Classroom teaching cannot be replaced by anything. “Children, especially younger ones, need each other.” In view of the increasing number of infections, the CDU politician called on “to take all available means to prevent virus transmission” in order to be able to keep the school going in the next few weeks.

Family Minister Franziska Giffey also emphasized that the openings must be made “responsibly” and with a view to the infection process. “You can’t leave the children at home for much longer because otherwise child protection and the child’s well-being are at risk,” she said, referring to problems such as loneliness, lack of exercise and the resulting “educational and attachment gaps”. In addition, many parents are at the end.

Interview with Biontech founder: “I will be happy to be vaccinated”

Farmer is looking for a wife: Divorce – farmer Denise breaks...

Austria’s ski women on the Arlberg on the hunt for home... “Quality of the vaccines not impaired”: Moderna cans can be used...