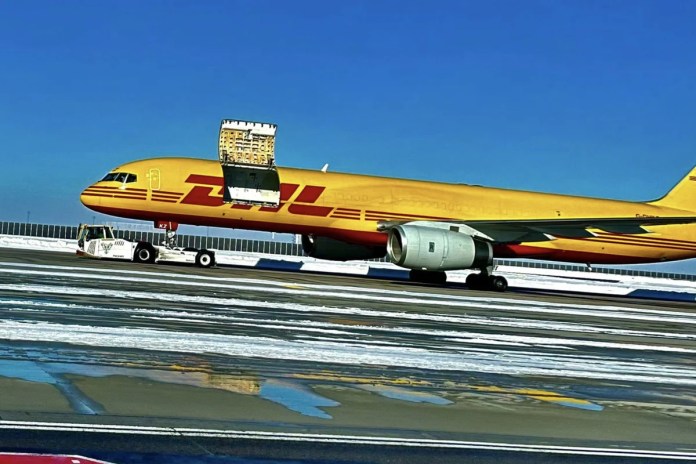 Shortly after the cargo plane took off, the pilot aborted the flight – a door of the plane was wide open!

The  horror! A DHL cargo plane started its flight on Saturday morning Leipzig Airport – while a cargo door of the plane was wide open!

As the MDR first reported on Saturday, the Boeing 757 had taken off from Halle / Leipzig on Saturday morning, but had canceled its flight after a short time at an altitude of almost 1,600 meters.

The  reason was problems with a cargo door, as a spokesman for the Federal Bureau of Aircraft Accident Investigation (BFU) confirmed at the request of the MDR.

According to the specialist magazine “Aviation Herald”, the door had opened and some parts had come loose.

The  plane turned around and landed safely in Leipzig without anyone being injured.

The re were no passengers on the plane, only cargo. This also remained undamaged.

How exactly the incident came about is still unclear. BFU experts were on site to examine the machine.

The  incident is classified as a so-called serious incident and investigated accordingly, according to the authority.