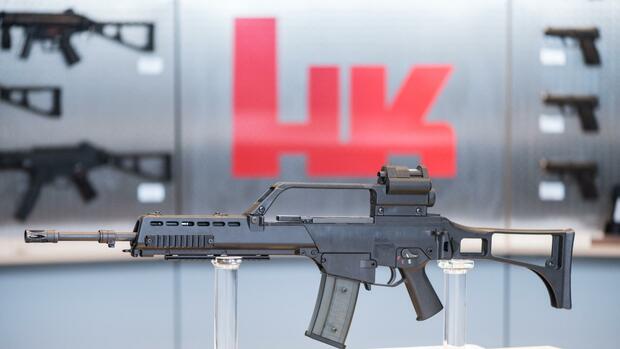 Heckler & Koch has been the Bundeswehr’s house supplier for years.

The  meeting point could hardly have been more discreet. A corridor behind the Munich Käfer-Schänke leads to the “tobacco room”.

The  séparée is so small that it can only accommodate three guests. Precious pipes, old advertising signs and wood-paneled walls are supposed to create “an intimate atmosphere”, according to the gourmet restaurant’s website.

On October 14, 2019, three men spent two hours discussing one of the most delicate arms deals in recent years: the takeover of the Oberndorf-based weapons manufacturer Heckler & Koch.

The  French wanted to take over the armory and was looking for candidates for the supervisory board. Ley, who was working as a consultant for Wirecard at the time, had suggested the former State Secretary Fritsche. He had just signed a lobbyist and consultancy contract with the company in Aschheim two months earlier.

Get access to this and every other article in

Get access to this and every other article in

The iCar myth: There are no more rumors about Apple products than about the Apple car | 03/07/21

Chinese blogger has to go to jail for corona videos from...

Compromise in the EKHN: Perspectives for the Frankfurt Bible House

Vanished Rebecca women saw a suspicious man in the forest at... Weather – Stuttgart – clouds and some snow in the southwest:...

Donald Trump: Fox News presenter has pity – “You do everything...