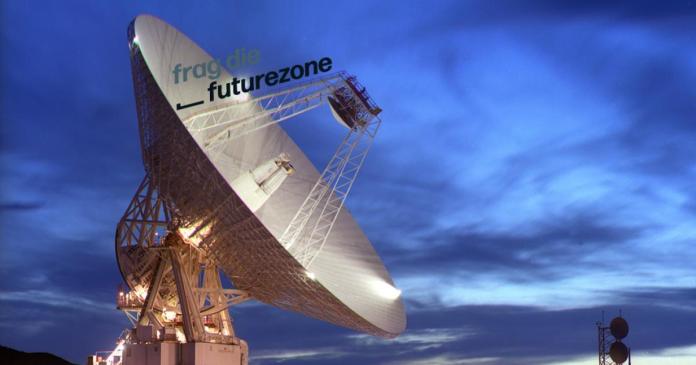 Perseverance sent a video of the Mars landing. Before it arrives, it goes through several stations.
The  Mars rover Perseverance has landed safely on the Red Planet. Just a few minutes later, the first photo of Mars’ surface reached Earth. Now, for the first time in the history of space travel, there is also a video that shows the landing of a rover in high resolution.

The  video was shown in a world premiere on Monday via NASA’s YouTube channel.

You can see the last few minutes before the rover lands on the surface of Mars. From several perspectives you can see how the parachute opens, the heat shield is thrown off and the rover navigates to the landing site. It will take some time for such data to reach Earth. Exactly 11 minutes and 22 seconds. We explain to you why this is so.

Transmission at the speed of light

The  distance between Mars and Earth is decisive for the time of 11 minutes and 22 seconds. In a vacuum, the signal moves at the speed of light, i.e. 300,000 km / s, from which the time is calculated. At the time of landing it was 204 million kilometers.

The n the signal takes about 3 minutes to cover a distance. If Mars is furthest away, i.e. 401 million kilometers, the signal is on the move for 22 minutes.

The  Mars satellites, which are in the orbit of the Red Planet, are used for the transmission. For this purpose, a communication network was set up, the Mars Relay Network.

The  rover first sends the files to one of the satellites, such as the Mars Reconnaissance Orbiter (MRO), Mars Atmospheric and Volatile Evolution (Maven) or the ESA orbiter Mars Express and Trace Gas Orbiter. For example, a photo showing Perseverance landing with a parachute was taken by MRO.

The se satellites then use NASA’s Deep Space Network (DNS) to transmit the data to Earth.

The  associated website provides an overview of which antenna is currently communicating with which room object.

The  Jet Propulsion Laboratory (JPL), based in California, functions as the communications center of NASA.

Several parabolic antennas are operated on earth in this network.

The  ground stations with such huge satellite dishes are located in Goldstone (Southern California), Madrid (Spain) and Canberra (Australia).

The  antennas are distributed around the earth at a distance of 120 degrees (longitude).

This compensates for the earth’s rotation. This allows researchers all over the world to communicate with the space stations at any time. If a station disappears behind the horizon, you switch to the next. During the landing of Perseverance, the antenna was used in Madrid as it was facing Mars during that time.

The  antenna in Southern California was also active in support. 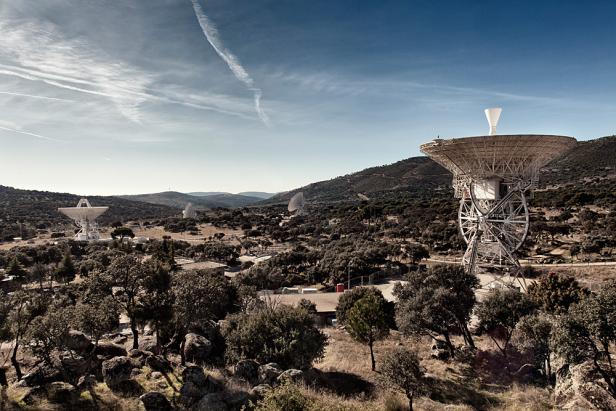 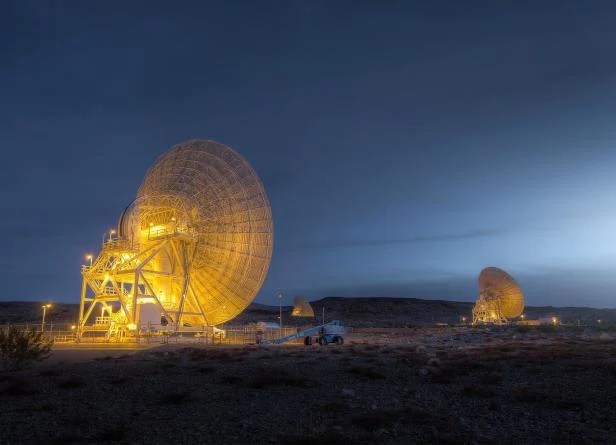 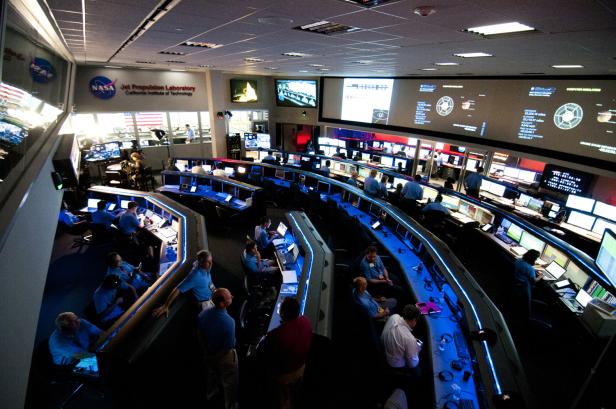 Perseverance can send some signals to Earth without the help of the orbiters. With strong antennas, a radio signal is transmitted in the X frequency band, which is reserved for research radio. Smaller amounts of data, for example a sign of life from the Mars rover during the complicated landing. During the last 2 minutes of landing, however, Perseverance disappeared behind the Mars horizon and direct communication with Earth was no longer possible.

The n the orbiters had to step in.

The  DSN is part of the Delay / Disruption Tolerant Networking (DTN), which securely handles communication throughout the solar system. This also includes the Near Earth Network (NEN) and the Space Network (SN), via which objects close to the earth such as satellites in geostationary orbit communicate. 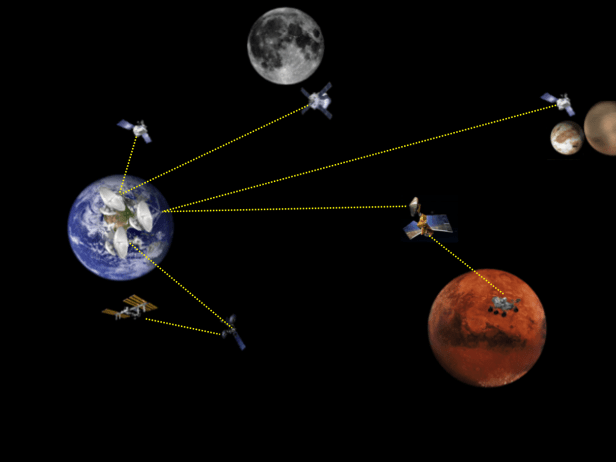 Currently, the transmission only works from one point to the earth and back 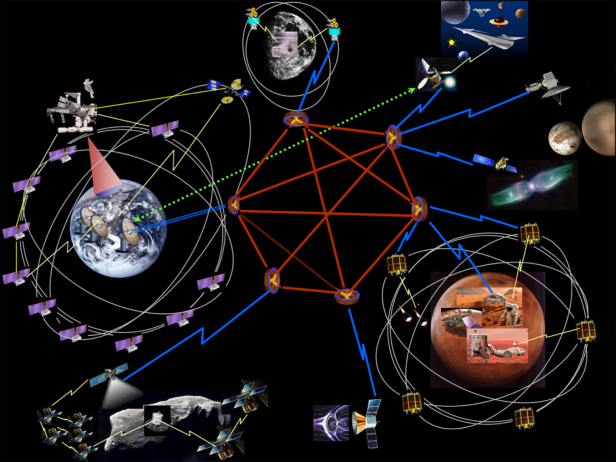 The  Solar System Internet (SSI) is currently being developed to make communication even faster and easier. Like the Internet on Earth, this should enable fast communication – also between the space probes. DTN uses the so-called “store-and-forward” mechanism for this. Data packets are either immediately routed from one node to the next or are saved first. If an immediate transfer is not possible, the next possibility is awaited. As long as the data remain stored at the respective node.

ESA has set up its own network, the European Space Tracking Network (ESTRACK). It operates a total of 7 antenna complexes in Sweden, Belgium, the Atlantic (Santa Monika, Portugal), Australia, Spain and South America. From here the projects GAIA, Mars Express, ExoMars, the Solar Orbiter and BepiColombo are controlled.

The  ESA has agreements with NASA, JAXA (Japan) as well as China and Russia for joint support and use of the respective networks.

Not “Breath of the Wild 2”: Another “Zelda” game announced for...

Storm on the Capitol: US investigators accuse rioters of murder

BVB: Edin Terzic is currently the wrong coach for Dortmund