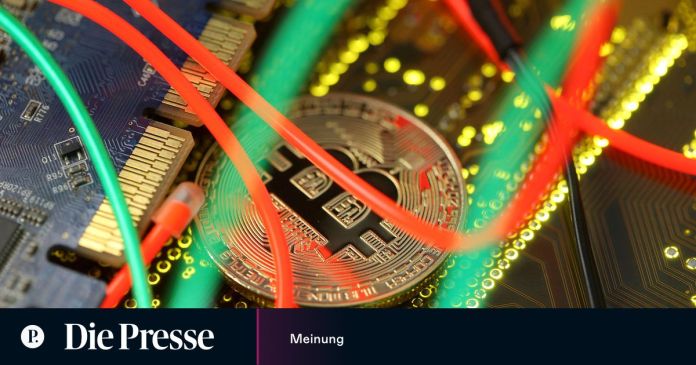 For stocks, a drop in prices of 70 or 80 percent is an event of the century. With Bitcoin, it happened three times in ten years.

Who cares about things as mundane as investor psychology when you can be part of the biggest monetary revolution of the century? It is well known that back and forth empty pockets, that one should buy cheap and sell high.  The  story of Bitcoin with its mysterious founder Satoshi Nakamoto, the decentralized creation of money, the artificial scarcity, the promise of freedom and pure property and, last but not least, the exorbitant price increase from a few cents to over 50,000 dollars in just ten years is much more exciting.

Bitcoin now has the property of fluctuating extremely strongly.

The  fact that a large stock index like the Dow Jones falls by 70 or 80 percent happens once a century, most recently between 1929 and 1932. With Bitcoin, it happened three times in the past ten years. Investor vices such as greed, fear, impatience or overconfidence have a particularly negative effect in such phases. But Bitcoin investors were able to learn lessons in a short time that would take shareholders decades to learn. A conclusion:

WhatsApp: compulsion for new service – if you don’t agree, you’re...

Long-term study: No correlation between first-person shooters and real violence

The “two horns” of cryptos are booming in the slipstream of...