A seedling can only survive for about four days from the reserves in the seed.  The n he has to produce his own energy from carbon dioxide and light via photosynthesis. Photosynthesis in plants takes place primarily via the green pigment chlorophyll, which is embedded in the tiny chloroplasts.
Researchers from the universities of Neuchâtel, Geneva and Grenoble and the ETH Zurich have now taken a closer look at their development using biochemical analyzes and under the electron microscope using the model plant called thale cress.
According to this, a seedling dormant in the ground is not yet green, but yellow because of the lack of chlorophyll. But as soon as it penetrates the soil, it surprisingly takes less than 24 hours for a precursor organelle to turn into a functioning chloroplast. A membrane network is formed in this, in which only a few proteins are initially embedded together with chlorophyll – just enough for the seedling to survive for the first time.

At breakneck speed to food

But then it is important to provide energy as quickly as possible: When the first rays of the sun hit the seedlings, the chloroplasts begin to absorb thousands of proteins that are necessary to produce chlorophyll and carry out photosynthesis. In addition, the chloroplasts are now multiplying rapidly in order to gain as much food as possible from sunlight.
“

The  plants develop their energy factories incredibly quickly,” said study author Felix Kessler from the University of Neuchâtel in an interview with the Keystone-SDA news agency.

The y have developed an ingenious mechanism that ensures them survival in the competition for light with other plants.

The  researchers’ work will appear in the specialist magazine “eLife” in the next few days. According to a communication from the University of Neuchâtel, it is the most comprehensive study of the origin of photosynthesis to date.

Many corona deaths could be prevented

Appearance after over a year – Kim’s wife appears for the...

Hours of decision: Austria is facing the third lockdown

Rain and wind, but much milder temperatures expected in Germany 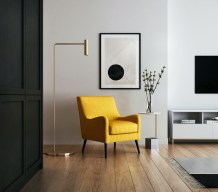