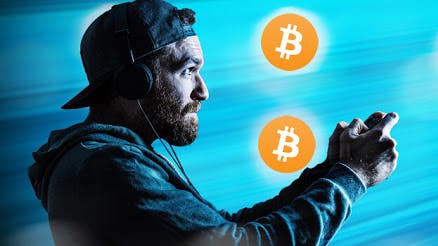 For weeks, the Bitcoin price has only shot up. This makes cryptomining more attractive than ever. Graphics cards are in demand, but Nvidia now wants to do something about it.

At the end of last week, the Bitcoin price even broke the 50,000 franc mark. A historical value that triggers a real gold rush mood. Because bitcoins can not only be traded, but also mined. For this purpose, computing power is made available to the network for transaction processing and is rewarded with cryptocurrency in return.

At this point, I don’t want to go into detail about how crypto mining works.

The re are enough sources of information on the Internet. In essence, however, it is about assessing whether the input provided in the form of electricity is worthwhile compared to the cryptocurrency generated. For a long time, mining was therefore particularly lucrative in countries that had relatively low electricity prices. With the current Bitcoin price, however, cryptomining is worthwhile in practically every country on earth.

The  demand is huge

As a result, both companies and private individuals are increasingly assembling their own prospecting systems. Graphics cards do an extremely efficient job in providing the computing power. And of course the choice of these cards is also about the best value for money.

The  new Geforce RTX 3060 currently seems to have emerged as the most cryptomining-friendly graphics card. But other graphics cards are still lucrative enough at this Bitcoin price, which is why the miners buy them up on a large scale as soon as new contingents are available again.

The re are now thousands of systems in which thousands of graphics cards do nothing other than mine for bitcoins 24 hours a day.

Nvidia promises a solution for gamers

Those who suffer from this development include gamers, some of whom have been waiting for their new graphics card for months.

The  big manufacturers might not care, because the misappropriation of the graphics cards ultimately brings Nvidia & Co. even more sales. Nevertheless, Nvidia has now announced that they want to take targeted action against the crypto craze.

In a current blog post by Nvidia it says: “With the launch of the Geforce RTX 3060 on February 25th, we are taking an important step towards helping Geforce GPUs get into the hands of gamers.” To do this, the manufacturer wants to halve the hash rate of the cards, which is particularly important for mining. However, this does not happen on the hardware side, but based on an artificial restriction in the graphics card driver.

The  driver of the RTX 3060 is explicitly mentioned here.

The  official line from NVIDIA is that this is a driver thing. Given what they’re trying to do, I doubt they’re telling us everything. One way or another we’ll find out soon enough.

Does it have enough raw materials?

At the same time, incentives are to be created for miners to purchase products other than graphics cards for their project. For example, reference is made here to specific cryptomining processors that are not suitable for gaming because they have no monitor outputs and are designed for low peak loads, which makes mining more efficient.

It remains to be seen whether this will solve the problem of high demand. Because there are still no more components for the video memory modules. But at least Nvidia has taken an important step to stop annoying its regular customers.

Confusion about corona penalties for couples in Carinthia

Coronavirus: City of Lucerne should pay the shops 1/3 of their... Federal states release more than 950 prisoners for the festival

Mike Pompeo: How the US Secretary of State dumped himself from...

Djamila Rowe confesses: Because of THIS TV star, she has a...