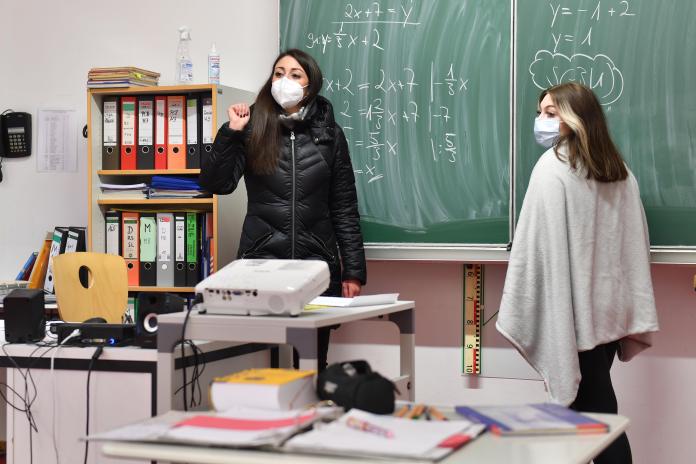 In the morning, the first graders of the elementary school on Helmholtzstrasse in Munich stand in the school yard, along a painted line. “And then we go single file into the classroom,” says elementary school teacher Anna Dognin.  The n it is time to wash your hands and sit down at a distance. For many it is the first time that they are back at school after almost two months of distance learning.

Organization of alternation lessons in the hands of the school

Half of the class at the primary school in Munich is initially back in class. Mondays for half a day and then alternately on Wednesday and Friday or Tuesday and Thursday.

The  schools can decide for themselves how exactly they organize the alternating lessons: for example in weeks, days or half days. If there is enough space, as is the case in large rural schools, face-to-face classes can also take place with the whole class, writes the Ministry of Culture.

Only last Wednesday did many parents get a message from the school about how the lessons would be organized. This is because the schools only recently learned from the Ministry of Culture within what framework they were allowed to teach again.

The  Ministry of Culture is in turn bound by the decisions of the Bavarian cabinet and the current infection figures, explains the Bavarian Teachers’ Association (BLLV).

The  association has long been calling for a clear step-by-step plan for schools.

Some parents are very concerned that information will slip through under time pressure. For example with Sylvia Thomas from Wasserburg am Inn. As late as December, she realized too late that there were additional repeater buses to relieve the school buses. “I don’t know what it looks like when I stand in front of the bus on Monday. Is it full? Is it empty? It’s a little surprise package.” With two children at different types of school, childcare is currently almost a full-time job for her, which is why she advocates improvements in the “Parents’ Alliance in Wasserburg”.

The  Free State finances additional repeater buses for the municipalities, which are also used. But there are no uniform rules as to how many children are allowed to sit on the bus. As in local public transport, the Bavarian Ministry of Transport therefore refers to the obligation to wear mouth and nose protection.

Ventilation or ventilation systems in the classrooms

Compared to December, the ventilation systems have come a long way. In two financing rounds, the Free State has now bought or approved around 10,000 ventilation systems for the municipalities. With an estimated 80,000 classrooms in Bavaria, many classes still have to rely on ventilation.

The  start of face-to-face teaching is also difficult for schools because, in addition to teaching in schools, they also have to supervise the part of the class that is at home during this time. In addition, there is also emergency care to be carried out. “

The  load limit for teachers will be reached at some point. If we now provide emergency care in primary school, face-to-face lessons and stream the whole thing,” explains Simone Fleischmann from the BLLV.

To test everyone for Corona twice a week, that would be the wish of the teachers’ association. Bavaria is currently planning to use rapid antigen tests as self-tests in schools as soon as they are approved by the federal government. Approval is expected in March.

For parents and teachers alike, the emotional status at school start can be described as a mixture of joy and worry. For the elementary school teacher Anna Dognin it is important today that the children can report how they have been in the last few weeks. “It starts with the fact that you want to get rid of how many teeth you have lost. It was a couple of birthdays during the lockdown.

The re is now a lot to talk about.” So far it has been planned that the schools will initially continue the alternating lessons until Easter. 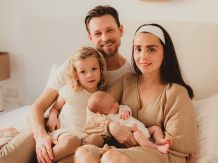 Mbappe thanks Tuchel for his tenure at PSG