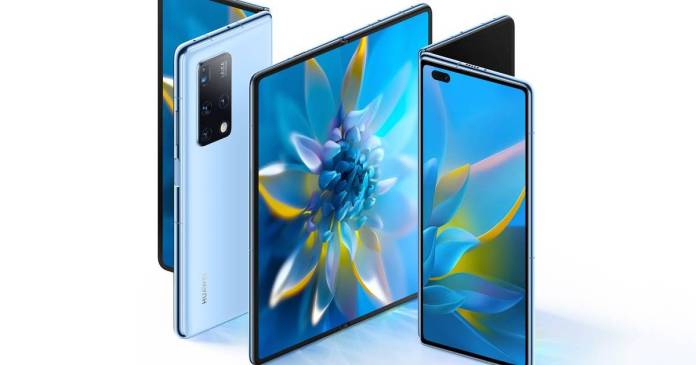 The  Mate X2 is the next generation of the foldable – but only in China for the time being. At the presentation, Huawei gave insights into the strategy on the smartphone market.

Huawei is countering the rumors about the exit from the business with high-end smartphones with its new folding device Mate X2, which, however, is only to be released in the domestic market of China for the time being.

The  prices, which start at the equivalent of just under 2,400 francs, are a confident announcement.

At the presentation of the Mate X2, the head of Huawei’s consumer division, Richard Yu, admitted that the US sanctions are currently particularly hard on the supply of components for smartphones, but that there are enough stocks to ensure that the Guarantee end customers with the new model. Further folding devices in various form factors are also being developed.

Some will find it a shame that the Mate X2 will not come to Europe for the time being, because technically it seems to set standards: It has an 8-inch OLED display when it is unfolded and now also has a 6.5-inch outside screen in the 21: 9 format. In contrast to the first Mate X, the main screen folds inwards and not outwards.

The  mechanism of the hinge has been optimized so that the halves lie on top of one another without any gaps.

The  in-house Kirin 9000 is used as the chipset, and there are also four cameras on the back that were developed with Leica support and enable a triple optical zoom.

The  operating system with the EMUI-11 surface is still based on a license-free version of Android 10. Yu explained that practically all popular apps in China now support the functions of the folding screen.

As far as the operating system is concerned, there seems to be at least a solution on the horizon, as Yu announced that it would initially provide its own HarmonyOS for the more expensive smartphones – including the Mate X2 – in April.

The  announcement amazes me. Even if Richard Yu assures that there are enough components in their own warehouse, it was generally assumed that these would primarily be used for a P50 and a Mate 50. It remains to be seen whether this means that the components are really so numerous in stock, or whether the release of the flagships will suddenly be postponed.

The  fact that Huawei is initially limiting itself to a China release seems to be the result of a clear cost / benefit analysis.

Betty White is celebrating her 99th birthday in quarantine

Corona crisis: Unemployment in Germany will decline in November

That’s how bad he took advantage of her

McLaren wants to close the gap further with Mercedes drive

Cathy Hummels embarrassing mishap in “A Heart for Children”