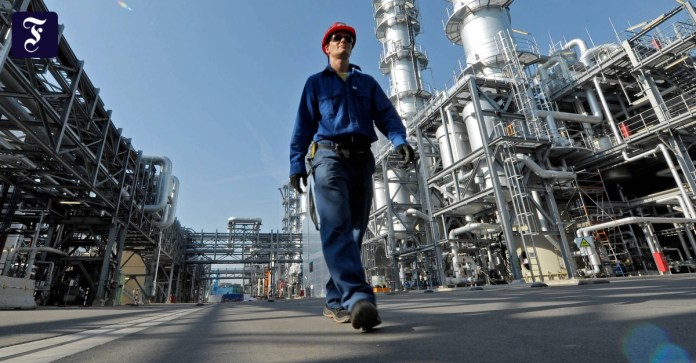 IConfidence is growing in the German economy. At the same time as the first signs of spring, the business climate is surprisingly brightening up – despite all Corona restrictions.

As the Munich Ifo Institute announced on Monday, the mood in February was noticeably better than in January.

The  so-called Ifo business climate index made a leap up. It is based on the monthly survey of around 9,000 companies from all sectors and is considered the most important leading indicator for the German economy. Investors reacted with satisfaction, the German leading index Dax made up for part of its loss from the morning in the morning.

The  93.2 points in September, which mark the preliminary high point of the past few months, are within reach, albeit at the pre-crisis level in February In 2020 it was 95.7 points.

The  situation for the hospitality industry remains difficult

According to the Ifo Institute, companies are more optimistic about business development in the next six months.

The  sub-indicator for expectations rose to 94.2 points. That is significantly more than in the case of the current business situation (90.6 points).

The  German economy is robust despite the lockdown, mainly because of the strong industrial activity,” said Ifo President Clemens Fuest. In fact, the sharp rise in the business climate is primarily due to manufacturing.

Companies in the retail and service sectors rated their situation and expectations as weaker, but also better. Even in the tourism industry, cautious optimism is showing for the first time.

The  situation for the hospitality industry remains difficult.

“It is remarkable that the industries that have been badly shaken by the current lockdown are seeing light again at the end of the tunnel,” says Michael Holstein, chief economist at DZ Bank. He believes that more vaccinations, the increased use of rapid tests and intelligent opening concepts should improve the possibilities in these industries in the coming months. “

The  very positive news from Israel about the vaccination situation gives additional courage.”

The  Ifo business climate index does not provide a clear economic signal,” says Thomas Gitzel, chief economist at VP Bank. He is not overly euphoric and stresses that containment measures are still “severely” affecting the service sector. “

The  most important German economic barometer is currently stuck in a gray area,” said Gitzel. In addition, the sluggish distribution of the vaccine and the spread of the British virus mutation continue to bother the service providers and there is currently no clear perspective for the coming weeks.

A 3 before the decimal point is still possible

Meanwhile, other indicators also suggest that the economic climate and business development have decoupled in parts from the public mood and the situation in the crisis-ridden industries.

The  purchasing managers’ index of the London Markit Institute for German industry rose to a 36-month high on Friday. “Export-driven upswing in industry compensates for the weakness of the service sector,” wrote the London economists.

Above all, foreign demand is driving German industry. After production fell so sharply last spring that despite the recovery from summer on, the bottom line is still a minus of 10.8 percent compared to 2019, the signs in the industry are now pointing to growth.

Whether it will be enough for the 3 percent growth forecast by the federal government this year remains to be seen. “If the virus variants continue to spread and there is a third wave, all forecasts are wasted,” warns Lars Feld, head of economic activity. A 3 in front of the decimal point is “still possible”, according to Feld, but only if further border controls are avoided and there are gradual openings.

The n there could be strong growth from the second quarter on.

Biontech vaccine is due to be approved in Europe on December...

These are the Games with Gold January 2021 games

AUA boss remains optimistic: “We will repay the loan”

Merkel comments on the Corona budget in the general debate