You crowned your soaring flight at the Biathlon World Cup in Slovenia with your and Austria’s first gold in the mass start. Have you realized what you have achieved?
LISA HAUSER: None of this has really reached me yet. It’s unbelievable, insane, what’s going on right now, that best describes it. Before the World Cup, I would never have dreamed that I would go home with three medals. Jaaaaaaaaa, I’m a real world champion (laughs).

The  grin on my face speaks volumes.

Before the race, did you have the feeling that it might be yours?
That is always so difficult to assess in advance, because often it is not in your own hands at the shooting range. I felt very good, the self-confidence was there of course, but the fact that I made no mistakes was sensational. In my head someone said to me: Don’t mess up the last two like in the individual race (laughs)!

At what point did you know that it would be your first World Cup gold?
For the last 300 meters, I thought to myself: Hui, this is going to work out now.

The  distance after shooting was relatively large. But I have to admit that I gave full throttle to the highest point of the track because I was really panicking whether someone else was coming. I felt like the others were being cheered on and thought: Damn it, they’re getting closer. In biathlon, you can never be sure until you are over the finish line. Fortunately, the break-in did not materialize. I tied off with my team shortly before the finish because it wasn’t far. That was so nice even though I was so exhausted.

Where will you hang your three medals?
I think in my parents’ room, they’ll hang out well there.

How does it feel to have made history for Austria?
Phew, hard to believe. I will definitely need time to process all of this. It works like a movie. I am enjoying the moment right now and am most looking forward to coming home to my people again.

The y made sacrifices all winter because we almost never saw each other. I want to take each individual in my arms very quickly.

The y are the new superlative in domestic biathlon sport.

The  biathlete is definitely shaped in summer. But it is a tough and immensely intense time.

The  goal in mind seems so far away at this stage. Ultimately, you can only be successful with consistency, will, ambition and perseverance.

What is the first thing you treat yourself to?
First of all, I’ll treat myself to a beer, for once not alcohol-free.

This is what the food processor can do

Separation in fantasy – was Vanessa Mai to blame? –... 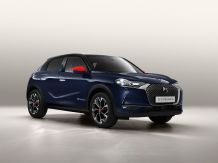 Crime – Frankfurt am Main – man fails in court with...