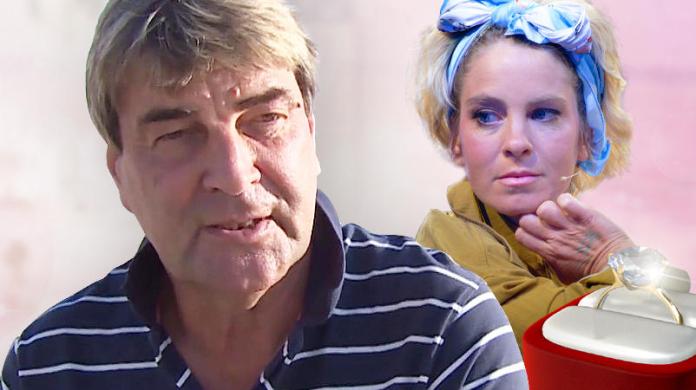 Jasmin Tawil (38) is again causing a big surprise. On Instagram, the former “Good Times, Bad Times” actress posted (old GZSZ episodes with her are available on TVNOW) that she has become engaged. With the father of her son Ocean, whom she had already left in the meantime. “We’re getting married this year. I’m so happy and excited,” writes Jasmin on her Instagram page. But her father Michael Weber is anything but happy about this announcement, as he reveals in an interview with RTL.

Jasmin Tawil was married once before

“I am shocked by this news,” says Michael Weber. “She’s only just got through her first marriage and now she wants to plunge into a second.” Michael Weber is alluding to Jasmin’s relationship with pop star Adel Tawil.

The  singer and actress were together for a total of 13 years, three of which were married. But in 2014 the divorce came.

Jasmin Tawil then fell into a deep hole, sank into grief and depression and tried to start a new beginning on Maui. It was there that she met Kadeem, the father of her child, whom she now wants to marry. “It is typical for my daughter that she rushes headlong into such a relationship,” says Weber, who currently does not know where Jasmin is: “I suspect she is in South America, maybe also on Maui,” says Weber. “But since we have only sparse contact, I cannot say exactly.”

After GZSZ, Jasmin Tawil should actually get another TV role

Michael Weber actually wanted to help his daughter build a new existence in Germany: “I had discussions with a public broadcaster and was well on the way to getting her into a telenovela. She should even get a leading role there. ” After her time at GZSZ, Jasmin would have been regularly seen on TV again. But she obviously had other plans. And she seems more than happy with them …

This patent is both crazy & awesome

Software problems: Payment of November aid is delayed because of an...

107,000 doses are distributed – Covid vaccination: These cantons are the...