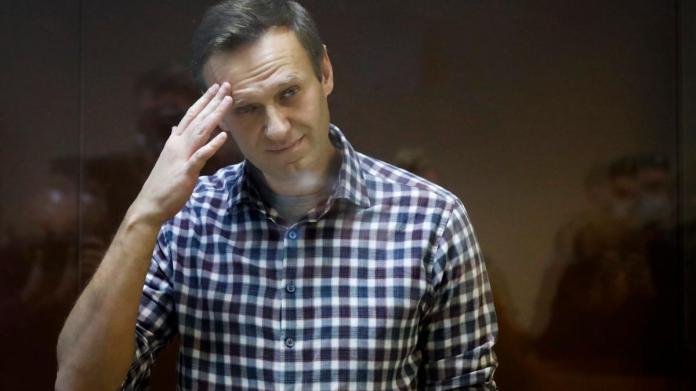 In the Navalny case, the EU launches new sanctions against Russia

The  approach taken against the Kremlin critic Alexej Navalny has already been criticized more than once as being disproportionately harsh.

The  EU foreign ministers have now spoken out in favor of new sanctions against Russia.

The  target are those responsible for Nawalny’s arrest and conviction, said the EU foreign policy chief Josep Borrell on Monday. According to diplomats, four Russian officials are to be blocked from entering the country and blocking their assets.

The  EU wants to use its new sanctions framework against human rights violations for the first time, as Federal Foreign Minister Heiko Maas (SPD) said. Accordingly, the sanctions will “primarily” be directed against representatives “from the legal system” of Russia. Maas expects a specific decision “within the next few days”. Entry bans would be imposed on those affected and their assets would be frozen in the EU.

Contrary to what Navalny himself and the European Parliament called for, there should be no sanctions against oligarchs who are close to President Vladimir Putin. Borrell stressed that there had to be “a clear link” to Nawalny’s arrest and conviction. Otherwise sanctions could be challenged before the European Court of Justice.

Navalny’s colleague Leonid Volkov rejected this argument. Without the oligarchs loyal to Putin, the “machinery of repression” in Russia would be inconceivable, he said in Brussels. And the oligarchs in turn benefited from this. For him, Putin’s security apparatus and the oligarchs are two sides of the same coin.

Navalny sentenced to prison and a fine

In the Navalny case, the EU has now been unsuccessfully demanding the release of the Kremlin critic for around three weeks. Moscow rejects this as interference in internal affairs.

The  44-year-old was convicted in Moscow at the beginning of February because, in the judge’s view, he had repeatedly violated probation conditions in an earlier criminal case in 2014 for fraud and misappropriation of funds.

In an appeal process last Saturday, the judiciary confirmed the imprisonment in a prison camp. Also on Saturday, Navalny was sentenced to a fine for allegedly insulting a World War II veteran.

Because of the attack on Navalny, which was then dealt with in Germany, the EU already imposed entry and property bans on people suspected of being responsible for President Vladimir Putin last year. In Brussels, it is assumed that government agencies in Russia are behind the attack.

District administrators decide: Upper Franconia does not use breakdown vaccine –...

The US voters have already removed Trump from office

The messenger will no longer work on these phones from 2021

Draw for the 2021 European Championship finals – difficult lot for...

Change of strategy at Samsung: A Galaxy series will probably be...

Senate works out resolution: 15-kilometer rule for Berlin should come on...