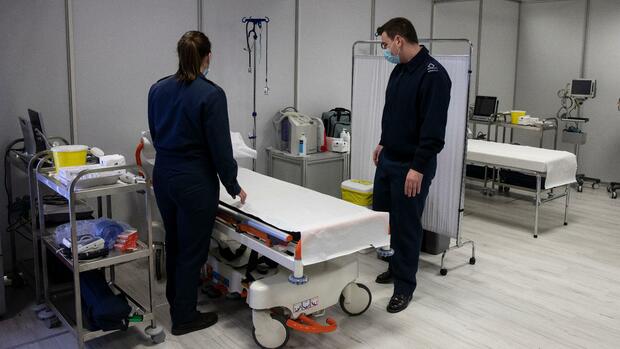 Athens, Paris, Stockholm, Tel Aviv For most virologists, vaccination is the most powerful weapon in the fight against the corona pandemic. But the complaints in this country about the organization of a vaccination appointment do not stop. Sometimes those willing to vaccinate do not get through to the overcrowded hotlines and online portals.

The n again, after a long wait, citizens have to hear that there is no available date.

In addition, the individual federal states regulate the way appointments are made very differently.

The re is no central office that organizes vaccination.

The  chaos overwhelms many older people, who are currently fighting for appointments due to the vaccination sequence.

The  so important, quick vaccination of the population comes to a standstill.

In some other countries, however, vaccination is better and more organized. If you are looking for role models, you will find them: in Greece, France, Denmark or Israel.

In the country in southern Europe, almost 700,000 vaccine doses had been administered by the weekend. This corresponds to a first vaccination rate of 6.5 percent. 230,000 people have already received the second dose.

The  aim is to vaccinate 80 percent of those over 18 by June. For comparison: In Germany, more than 3.3 million people have now received the first vaccination, around 1.7 million have already received a second vaccination.

The  vaccination rate is four percent.

“Operation Freedom”, as the Greek government calls its vaccination campaign, has been running smoothly so far. Most citizens do not need to do anything.

You will be informed of your vaccination appointment by SMS or email.

The  contact details come from the system for the electronic issuing of prescriptions, which was introduced at the beginning of the pandemic in order to relieve the medical practices.

Anyone who is not yet registered can register online and will then also receive their vaccination appointment. A hotline like the one that drives many people to despair in Germany does not exist in Greece. “We made a conscious decision against a call center because it does not fit into the digitized process,” say government circles. Prime Minister Kyriakos Mitsotakis made the organization of the vaccination campaign a top priority at an early stage.

The  prime minister is involved on a daily basis,” reports Akis Skertsos, vice minister for coordinating government work. “Everything is paperless and fully digital, there are no queues, every vaccinated person receives an electronic confirmation,” says Skertsos.

All threads of the vaccination campaign come together in the so-called “control tower”, the 24/7 situation center at the civil protection and disaster control authority. Vice Minister Skertsos describes the recipe for success with the words: “Digitization, transparency, central planning and monitoring of processes in real time”. Gerd Höhler

France: Registration can be done in about ten minutes

In the case of the French, registration for vaccination takes place online via the website of the state health authority and a central hotline.

The  organization of the appointments is facilitated by the centralized administrative structure of France. Registration is quick if vaccines are available. At least you don’t have to wait before you can view the dates on offer.

All available dates are displayed in the relevant department of residence. A registration can be done in about ten minutes, provided there are appointments. If you choose the first appointment, there is also the appointment for the second vaccination in a period of three days.

The  second vaccination takes place a month later. Appointments are made on the doctor’s reservation page of the Franco-German start-up Doctolib, which was founded in 2013 and which is now used to reserve a large part of doctor’s appointments in France.

In 2019, Doctolib achieved unicorn status, a company with a market valuation of over $ 1 billion. France is currently opening its vaccination appointments to the population of the over 75s.

The  fact that it is no longer in France, as everywhere, is due to the lack of vaccines, not to the organization. Tanja Kuchenbecker

You are very proud of your neighbor Denmark.

The  country with its 5.8 million inhabitants is one of the vaccine front runners in Europe. Almost eight percent of the population have already been vaccinated with a first dose.

The  quick start was made possible because the country systematically prepared itself for the vaccinations long before the first vaccine was even approved.

Vaccination centers were quickly set up and logistics organized. Above all, the country benefited from the existing digital infrastructure.

The  health authorities have access to the centrally stored patient data and can quickly write to the people concerned.

An appointment is then made online or by phone.

The re were no major problems because the health authorities had prepared for the onslaught with extra staff at an early stage.

“We were really quick and effective,” says Søren Brostrøm, head of the health authority. Like the other countries, Denmark is currently only slowed down by the delayed vaccine deliveries. Helmut Steuer 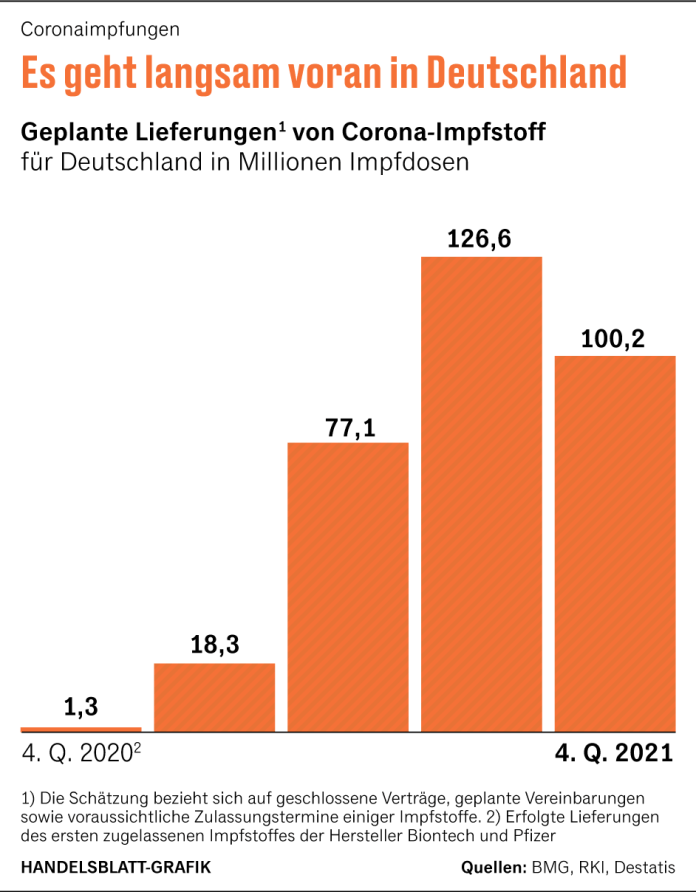 In Israel, at the end of December, people over 60 were asked by text message to register for a vaccination appointment with one of the four health insurance companies (HMO).

The  date for the second needle stick was always set at the same time.

All over 16-year-olds are now admitted to the vaccination. Such a comprehensive vaccination campaign would not be able to be carried out as efficiently in a privately organized health system as in Israel, say health experts.

Because all residents have to be insured in one of the public health insurance companies and are recorded digitally by them, there is seamless access to the citizens’ contact details.

The  digital dossiers of the patients can be called up if they have the appropriate authorization.

National League: Friborg with a mega-turn against HCD

No day like any other: Michael Schumacher’s skiing accident

New edition of the duel with Macron ?: Le Pen grabs...

Diego Maradona: One of the richest footballers leaves only $ 100,000