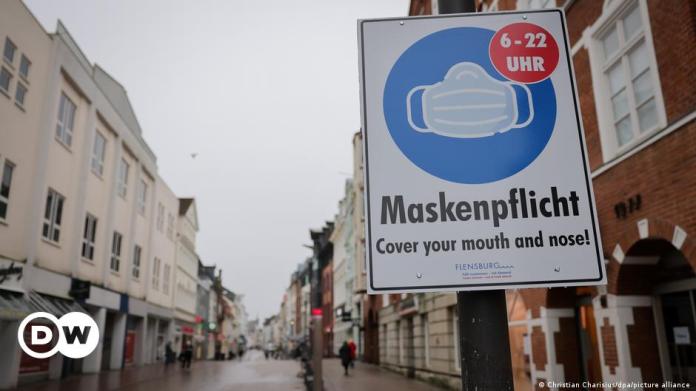 The  so-called seven-day incidence is 60.2. It rose for the second time in a row above the value from the previous day, which had been 57.8 on Saturday, as the Robert Koch Institute (RKI) announced.

The  seven-day incidence is the number of new corona infections per 100,000 inhabitants within this period.

The  goal of the federal government is to push the value below 35. Above this value, openings in the retail sector could be promised. Despite the increasing number of corona infections, schools and daycare centers are to reopen in many places

According to the RKI, people tested positive for corona in 7,676 new cases. An additional 145 deaths were also reported. At the weekend, the numbers are usually lower because not all health authorities report their numbers to the RKI and fewer tests are carried out and evaluated. Experts attribute the increasing number of new corona infections to the spread of significantly more contagious virus variants.

At exactly the moment when the corona numbers are rising again in many places, schools and daycare centers are to open in ten other federal states at the beginning of the week.

The refore teachers and educators should now get a faster vaccination offer. Just like Health Minister Jens Spahn and several federal states, Federal Education Minister Anja Karliczek also supports corresponding plans. “Both professional groups perform tasks that are of great importance for our entire society, which should also be reflected in the prioritization of vaccinations,” said the CDU politician. A decision in principle is expected at the beginning of the week. According to a newspaper report, more than 4,500 people were turned away this week because they wanted to enter Germany without a negative Corona test at the increased entry controls at the borders with the Czech Republic and the Austrian state of Tyrol. For this reason, 4522 people were denied entry, reported the “Bild am Sonntag”. In total, the Federal Police checked 104,178 people within a week and turned them away from them.

The  stricter border controls were introduced last weekend after RKI had previously classified the Czech Republic, Slovakia and, with a few exceptions, the state of Tyrol as virus variant areas. Pfizer-BioNtech’s vaccine is highly effective, according to recent Israeli studies

Good news comes from Israel: After two doses of the vaccine from
Pfizer / BioNTech Reduces Risk of Developing Serious Disease by 95.8 Percent. This is based on data from the Israeli Ministry of Health. In 98 percent of the cases, the vaccine prevents fever and breathing problems; in 98.9 percent of the cases, an infection with SARS-CoV-2 after vaccination does not lead to hospitalization or death.

The  data are based on nationwide surveys.

Israel, which has a population of around 9.3 million people, runs one of the most ambitious vaccination programs in the world. Prime Minister Benjamin Netanyahu expects 95 percent of citizens over the age of 50 to be vaccinated in two weeks. Against this background, schools and many shops are allowed to reopen from this Sunday. Lauterbach sees Germany “at the beginning of the third wave”

Biathlon World Cup 2021 in the live ticker today: The mixed...

Germany in the Corona crisis – From the envied role model...

Frankfurt Head of Regulatory Affairs: “The Zeil is safe”

Michael Schumacher in private: the son of a friend reports impressive...

How dangerous is boxing when you are over 50?